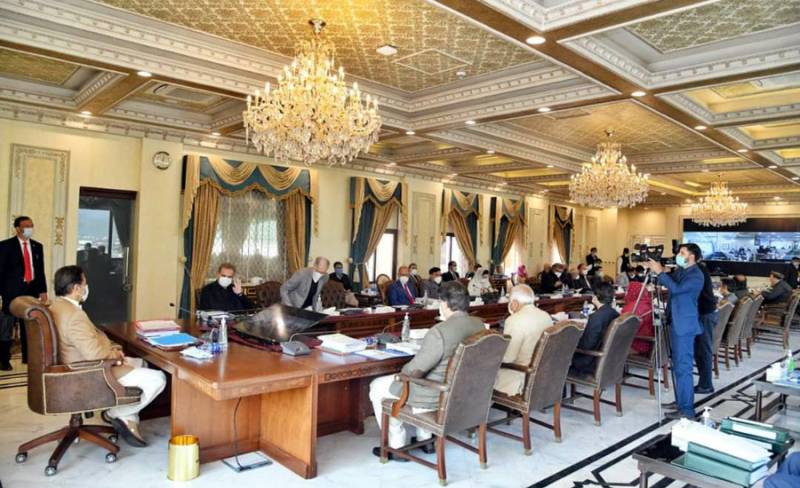 ISLAMABAD – Prime Minister Imran Khan presided over a meeting of the federal cabinet on Tuesday.

The meeting discussed the strategy how to deal with the opposition movement. It approved permanent appointment of Javed Ghani as the FBR chairman for three months.

The forum also discussed the steps to deal with coronavirus and political situation. It also granted approval for signing an MoU between the NAB and American FBI.

The meeting deferred briefing on the use of foreign funds by Economic Affairs Division. It gave a timeframe for removing encroachments on Margallah Road. A summary was also approved to deploy Frontier Constabulary in Gilgit-Baltistan for three years.

It approved reorganization of PEMRA Council of Complaints. In addition, the appointment of Hydrocarbon Development Institute DG and the State Life Insurance Corporation of Pakistan chairman was also approved.

The forum also endorsed the decisions taken by the Economic Coordination Committee (ECC) on December 24.

It also approved handing over a grant for the establishment of an isolation ward to the Health Ministry.