Why Sharifs have gone to Saudi Arabia, inside details revealed
29 Dec, 2017 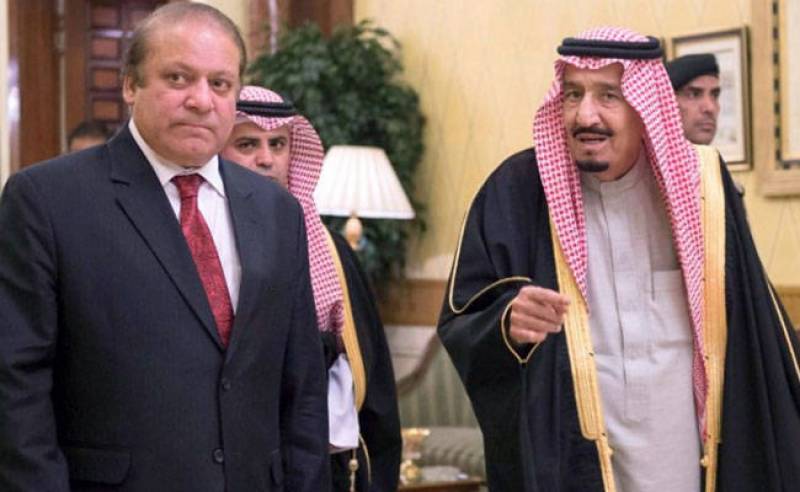 ISLAMABAD - The abrupt departure of Punjab Chief Minister Shehbaz Sharif to Saudi Arabia has triggered speculations about a possibility of another NRO (National Reconciliation Ordinance) for the Sharifs, at a time when elections are around the corner.

This was followed by the mysterious departure of PML-N lawmakers Khwaja Saad Rafique and Pervaiz Malik to Saudi Arabia – both are considered close aides of Nawaz Sharif who himself is set to board a plane Friday along with his daughter, Maryam Nawaz.

Informed diplomatic sources toldPakistan Today that Saudi Arabia is not going to play any role in adding to the political crisis of Pakistan. They said that the Saudis would play a role for political stability, continuity of democratic system, and will urge the elder Sharif to put an end to targeting the military and judiciary.

“Sharif family will be advised to show restraint and allow a smooth transition of power. Pakistan is all set to enter a crucial phase as the early harvesting phase of China-Pakistan Economic Corridor (CPEC) is consolidating next year,” the sources said.

The sources disclosed that Saudi Arabia wants Pakistan to rise as a robust economic force as economic and political stability are the need of the hour. They also said that the kingdom will also announce a hefty economic package to Pakistan help meet its economic challenges.

“This economic package would not be for the ruling party. Saudi Arabia is helping the state of Pakistan as the bond between the two countries is not limited to certain individuals, but it is a bond between the brotherly states. It also reflects the trust and faith Saudi Arabia has in the state of Pakistan, its government and people,” the diplomatic source told Pakistan Today on anonymity.

It is pertinent to mention here that the economic package is a part of an understanding reached between King Salman and Pakistani leadership during the recent visit of Prime Minister Shahid Khaqan Abbasi and army chief General Qamar Javed Bajwa, wherein both dignitaries had urged the Kingdom of Saudi Arabia to help Pakistan meet its imminent economic woes.

The request for assistance from Saudi royal family included the provision of oil on deferred payment mode besides financial assistance.

As the country is all set to enter the election year with a heavy development programme, Pakistan is facing economic challenges, including repayment of $ 6 billion to the International Monetary Fund (IMF) and other foreign creditors in the next six months.

In addition to this, Pakistan’s trade deficit has reached $12.1 billion in the first four months of the current fiscal year due to increasing imports of the country, which have put further pressure on the foreign exchange reserves.

Pakistan’s exports were registered at $7.1 billion during July-October of 2017, whereas imports touched $19.2 billion. Although Pakistan floated $2.5 billion Euro Bonds in the international market last month to boost the reserves, the economic experts suggested that Pakistan will again have to go to the IMF if there is no immediate financial injection. The rupee slide also has been witnessed recently that led to an increase in the country’s total loan.