Pakistan’s peaceful and responsible use of nuclear technology
28 May, 2021 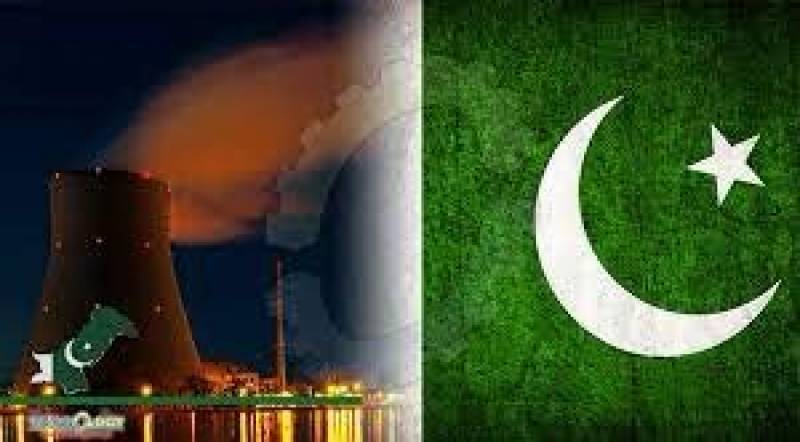 The odyssey of Pakistan’s nuclear technology started with the acquaintance of the “Atoms for Peace” program in 1953. Pakistan became one of the early beneficiaries of the program and sent many scientists and experts for training purposes, to get familiar with the aspects of nuclear technology and its use in the peaceful realm. Withering the challenges, Pakistan’s peaceful nuclear program is a great success story, encompassing decades of dedication, commitment, and integrated efforts of Pakistan’s polity.

Nuclear energy is being used by many states around the world for overcoming energy challenges. It provides a cheaper, reliable, and cleaner source of energy, and is utilized by many states around the world. Pakistan has realized the true potential of the appliance of peaceful aspects of nuclear energy in numerous domains, including health, medicine, agriculture, the environment, and electricity generation. Pakistan has a long experience of utilizing the potential of nuclear energy for peaceful purposes and is complementing the energy mix of the country. The energy mix of the country comprises natural gas, coal, hydropower, and nuclear power, respectively. Nuclear energy provides a clean and reliable option, thus Pakistan is increasing its reliance on such cleaner alternatives.

In 1956, the legal framework for the development of nuclear technology got the track with the initiation of the Atomic Energy Research council, which later came to be known as the Pakistan Atomic Energy Commission (PAEC). The first and foremost development in the nuclear arena of Pakistan was the formation of a pool-type research reactor, with the help of the US in 1963, at Pakistan Institute of Science and Technology (PINSTECH), which was under IAEA Safeguards as well. Pakistan also established Pakistan Nuclear Regulatory Authority (PNRA) back in 2001 to further adhere to the international practices of nuclear safety and security. It also provides a regulatory and firm structure to Pakistan’s nuclear program. It has taken the guidelines from IAEA and is responsible for ensuring the safety and security of Pakistan’s nuclear infrastructure.

Pakistan’s marvel in the peaceful application of nuclear technology is recognized at the international level as well, as its nuclear power plants and research reactors are all under IAEA Safeguards. Pakistan has a record of cooperation with IAEA of over fifty years, and consistently shares information with IAEA regarding the crucial activities of the specified plants, and is time and again inspected by IAEA in order to ensure the security and safety of nuclear and radioactive material and to make sure they are well disposed of.

In the peaceful nuclear domain, a formal agreement was signed between Pakistan and Canada to set up Karachi Nuclear Power Plant (KANUPP) in 1962, which started commercial operation in 1972, and is under IAEA. It has a generation capacity of 137MW. In 1986, an agreement was signed with the People’s Republic of China for the construction of Nuclear Power Plants, which ultimately led to the construction of Unit-I of Chashma Nuclear Power Generating Station (CNPGS) Chashma-I in 1993, which became operational in 1993. It was followed by the further four operational units, Chashma- II, Chashma-III, and Chashma-IV respectively. All four plants are under IAEA Safeguards.

On May 21, 2021, Prime Minister Imran Khan formally inaugurated the commercial operation of linked Unit 2 of Karachi Nuclear Power Plant (KANUPP-II) also known as K-2. The plant was linked to the national grid of the country very recently in March 2021. This would be utilized for commercial purposes and will generate electricity of 1,100 MWe. The project has also undergone various safety and security tests before being finally added to the national grid. KANUPP-II has been under IAEA Safeguards since 2017.

In addition to this, the third Unit of Karachi Nuclear Power Plant (KANUPP-III) with a generation capacity of 1100 MWe is also in the final stage. It is expected to be added to the national grid by 2022. Pakistan also intends to construct the fifth Unit of the Chashma Nuclear plant and has planned two more nuclear plants at Muzaffargarh. Pakistan aims to generate 8800 MWe by 2030, which will account for 20% of the total energy mix. Moreover, under the vision 2050, Pakistan has a plan to build 32 Nuclear power plants, which will produce approx. 40,000 MWe. This will ultimately comprise one-fourth of the energy mix of the country.

In an effort to quench the economic woes and energy crisis, it is imperative for Pakistan to continue working on the peaceful application of nuclear technology. The clean history of the utilization of nuclear energy is an indication of Pakistan’s commitment towards the utilization of nuclear power for peaceful purposes. Pakistan has proved itself to be a responsible nuclear state and has an impeccable record of maintaining the safety and security of its nuclear infrastructure. Pakistan is a distinguished member of the IAEA and has served in the board of governors twenty-one times and chaired it twice, which shows the recognition of credentials of Pakistan as a responsible nuclear state. Pakistan gives utmost importance to the security of its nuclear infrastructure, and not a single affair of theft of nuclear material has ever taken place.