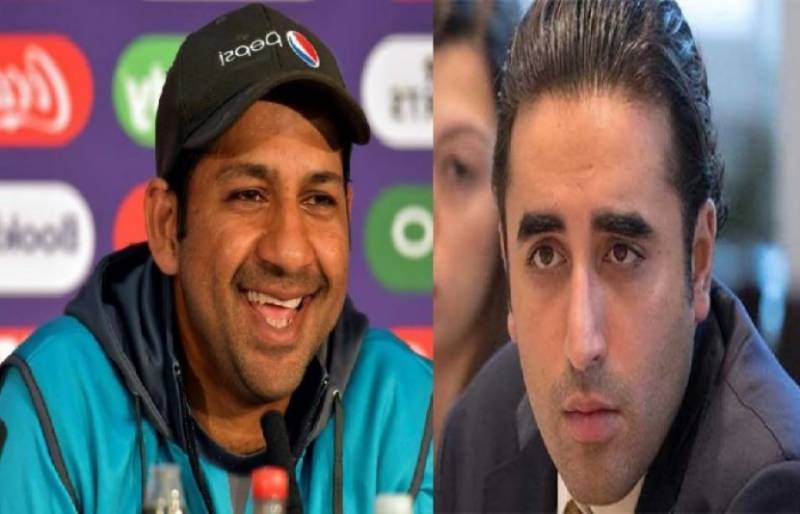 Chairman Pakistan Peoples Party Bilawal Bhutto had drawn social media ire over his statement regarding rains in Karachi during a press conference.

The young politician giving his explanation regarding the flooded streets of Karachi stated that more water comes when it rains more. Bilawal Bhutto was slammed for his immature statement across social media.

Now, Pakistan cricket team skipper Sarfaraz Ahmed has also joined in the party. The national cricket team made everyone laugh when he said the same thing.

The Pakistan and Sri Lankan Cricket teams are scheduled to play first of their three match ODIs series tomorrow. But continuous downpour in the city has made it impossible for both the teams to even practice.

When Sarfaraz Ahmed was quizzed about the weather condition, the national team skipper said more rain brings more water which raised a chorus of laughter in the hall.

Talking about the pitch the skipper said a that Although we haven’t had look at the pitch but we know the kind of pitches are prepared at the national stadium Karachi.