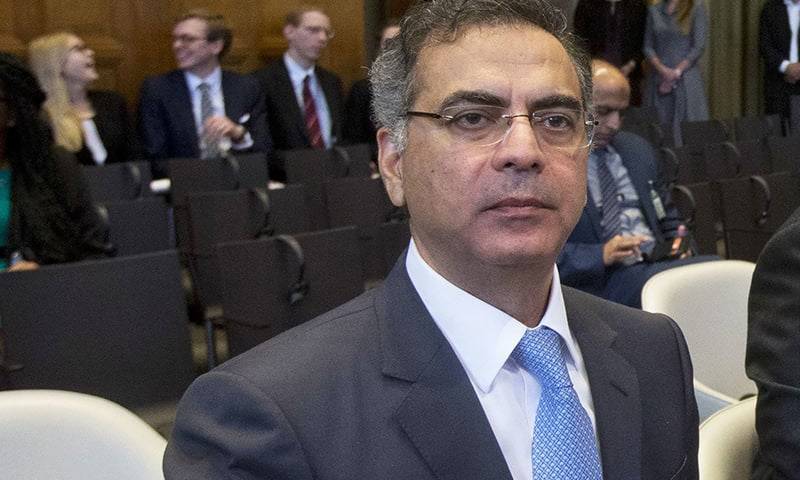 In a briefing to the resident ambassadors of the P5 countries (permanent members of the United Nations Security Council) in Islamabad, acting Foreign Secretary Moazzam Ahmad Khan highlighted the recent propaganda based on groundless allegations by India against Pakistan, a statement issued by the Foreign Office (FO) stated on Thursday.

​The foreign secretary said the aggressive Indian campaign against Pakistan during the last few days is baseless. He pointed out the intensified statements emanating from India, especially the Indian military regarding allegations of “terrorist camps” in Pakistan are unfounded, the statement read.

He mentioned that senior Indian military commanders have been giving provoking statements about the presence of alleged terrorists who are “planning to infiltrate India” and the activation of “terrorist camps” in Mansehra, Rawalakot and Muzaffarabad in Azad Jammu and Kashmir.

The statement highlighted that Pakistan does not wish confrontation but will give a befitting response in case of any misadventure.​ “Pakistan strongly rejects these baseless, unfounded allegations which are being used to build the ground to preemptively justify any Indian misadventure Indian armed forces along the Line of Control or elsewhere,” it added.

“​​We call upon the P5 countries to ask India to corroborate its fallacious claims about the presence of these so – called “terrorist camps”, the FO said, adding that “Pakistan is ready to provide full cooperation to delegates from P5 countries or diplomats from any other country who wish to visit any of the alleged locations to see for themselves that such Indian allegations are totally baseless and a mere rhetoric, to mislead both the international community, as well as Indian domestic audience.​”