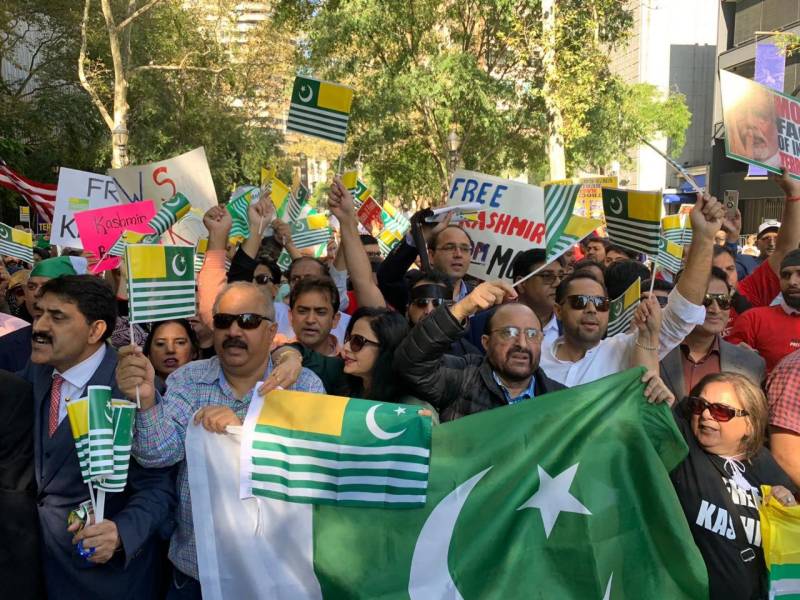 PM Modi was welcomed by a huge protest by large number of people belonging to various communities in the United States when he arrived at UN Headquarters for the annual address.

People from Pakistani, Kashmiri, and Sikh communities participated in the protest against India's atrocities in occupied Kashmir.

The protestors carrying placards inscribed with "Free Kashmir" demanded that Kashmiris should be provided their basic rights, including right to self-determination as the UN resolutions.