In a shame, Terrorist Modi urges World to unite against terrorism in his UNGA Speech
27 Sep, 2019 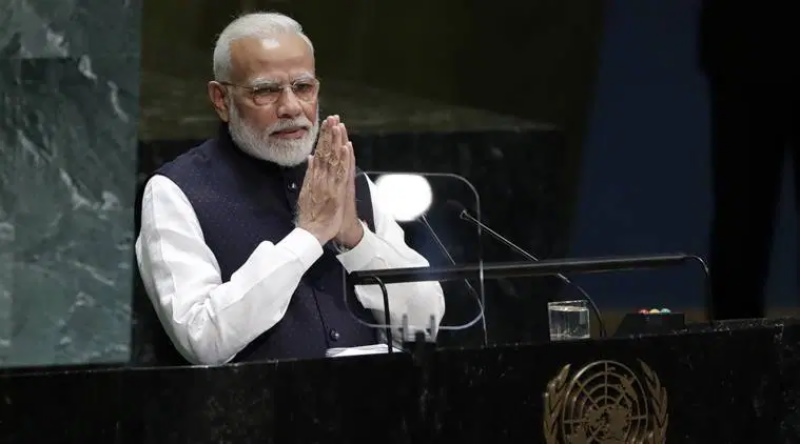 *United Nations - * In a shame, Terrorist Indian PM Modi accused of terrorism in Kashmir and Gujrat urges World to unite against terrorism in his UNGA Speech.

Prime Minister Narendra Modi decried the lack of unanimity in fighting terrorism, the biggest challenge for humanity, in his address to the United Nations General Assembly (UNGA) on Friday.

"The lack of unanimity amongst us on the issue of terrorism dents those very principles, that are the basis for the creation of the UN," PM Modi said, addressing the 74th Session of the United Nations General Assembly.

"We believe that this (terrorism) is one of the biggest challenges, not for any single country, but for the entire world and humanity," he said.

India has given the world `Buddha` and not "yudh" (war), and that is why when it raises its voice against terror, it not only has seriousness but also anger, PM Modi noted.

"We belong to a country that has given the world, not war, but Buddha`s message of peace. And that is the reason why, our voice against terrorism, to alert the world about this evil, rings with seriousness and the outrage."

PM Modi's speech was focused on the development and inspiring the world to take on the challenges of development. In a brief segment on terrorism, he recalled India`s contribution to peacekeeping operations, which adds weight to India`s voice against terrorism.