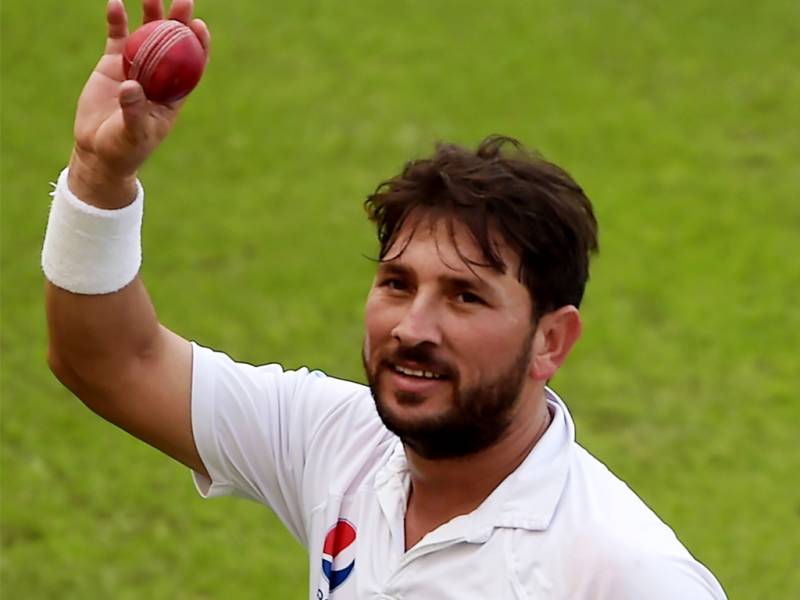 DUBAI - Pakistan's leg spinner Yasir Shah has made historic record of 14 wickets in a Test Match.

Yasir finished the match with 14 for 184 to equal the Pakistan record of taking the most wickets in a Test match.

Yasir Shah’s magical bowling guides Pakistan to defeat New Zealand by an innings and 16 runs on the fourth day of the second Test match here at the Dubai International Cricket stadium on Tuesday.

Leg-spinner Yasir Shah captured six wickets for 143 as New Zealand were all out for 312 runs in the final session of the fourth day.

Pakistan levelled the three-match Test series after being defeated by a mere four runs in the first Test at Abu Dhabi. The third and final Test, to be series decider, will be played at Abu Dhabi from December 3.

New Zealand were forced to follow-on after superb bowling by Yasir, who dismissed them for a paltry 90 on Monday.