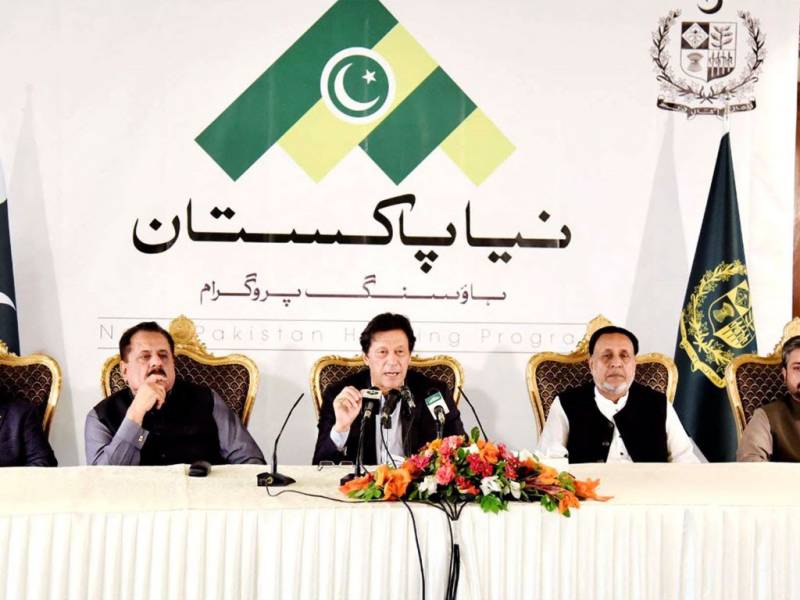 FAISALABAD - Punjab Minister for Housing Mian Mehmoodur Rasheed on Wednesday said that six sites had been identified for Naya Pakistan Housing Scheme in Faisalabad and physical work was expected to be started by end of this April. Talking to media persons after visiting flower exhibition at D-Ground here, he said that among the designated sites in Faisalabad included FDA City, Khurarianwala Industrial Zone and a space near Lasani Pulli. He said that Prime Minister Imran Khan launched "Clean & Green" program under which millions of trees were planted across the country besides removing encroachments and garbage heaps from public places. He appreciated the performance of Parks & Horticulture Authority (PHA) which had so far planted 48,000 saplings against its set target of 65,000 saplings. He also appreciated the flower exhibition arranged by PHA in connection with Jashan-e-Baharan (Spring Festival) and said that this activity would promote culture of love and fragrance. The minister said that economic situation was so worst in Pakistan when they came into power. The previous rulers did not increase the gas tariff due to elections owing to which circular debt in gas sector reached at Rs.152 billion and the same situation was witnessed in electricity sector whereas the former rulers also issued cheques of Rs.80 billion and this amount was not present in the national kitty, he added. However, Prime Minister Imran Khan through his visionary and leadership qualities overcome the economic turmoil and convinced the friendly countries especially Saudi Arabia to help Pakistan for economic stability and the people would start enjoying relief from next fiscal year, he said. Responding to a question, the minister said that protest was right of the opposition. Prime Minister Imran Khan had already announced that he would provide container and other facilities to the protestors, he added. He said that the Pakistani nation fully understood that previous rulers had looted billions of rupees from national wealth and now they were trying to protect their plunder under the garb of protestation. Mehmoodur Rasheed said the nation was also aware of nefarious designs of those who looted national wealth with both hands. These elements were rejected during previous general election and in future they would also be kicked out badly by the masses, he added. Criticizing PPP leadership, the minister said that Bilawal should gather people in Sindh first before visiting Punjab because the people would not come under his umbrella in Punjab even after purchasing tickets. About Nawaz Sharif's bail, he said the government had already announced that there was not 'Deal or Dheel'. However, if court gave relief to anyone, it was a matter of judiciary. About Pak-India escalation, the minister said that Modi staged drama only for his electioneering. However, Pakistan bravely defeated him at all fronts.