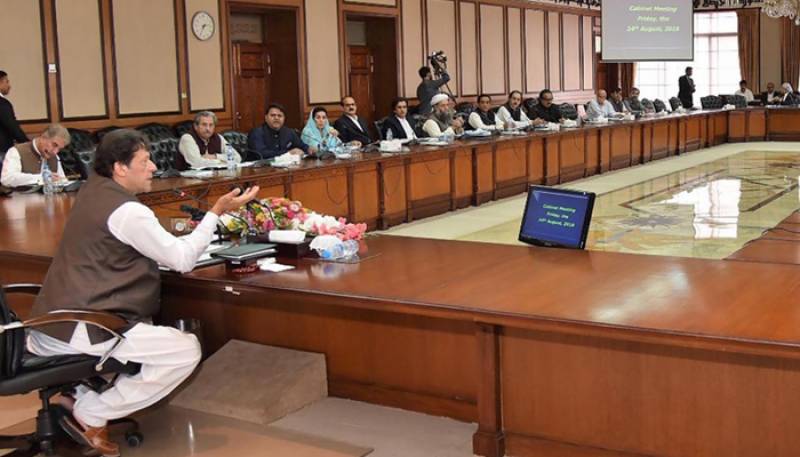 LAHORE: Premier Imran Khan-led Pakistan Tehreek-e-Insaf (PTI) is reportedly going to follow the transparent governance model of Sweden, which has the lowest levels of national debt, low and stable inflation and a relatively healthy banking system among the European Union states, research conducted by the "Jang Group and Geo Television Network" shows.

Few vital demographic and economic facts about Sweden: At 450,295 square kilometres, Sweden is the third-largest country in the European Union by area. Sweden has a total population of 10.2 million, of which 2.4 million has a foreign background. According to the Economic Co-operation and Development (OECD) definition, only 30.7% of Swedes live in urban areas The total nominal Gross Domestic Product (GDP) of Sweden is over $601 billion, twice that of Pakistan!

The nominal Swedish Per Capita GDP is $58,345. Sweden is the 32nd largest export economy in the world. In 2016, Sweden exported commodities totaling $133 billion and imported goods worth $131 billion, resulting in a positive trade balance of $2.39 billion. In 2016, Sweden had a tax-to-GDP ratio of 44.1% compared with the 36-member OECD's average of 34.3% and compared to Pakistan's dismal 12.5 %. The enviable Swedish road to success:

According to Swedish government's official websites, the country's economy used to suffer from low growth and high inflation, and the Swedish krona was repeatedly devalued. Sweden was also hit by a deep financial crisis in the early 1990s. Banks became unstable and two were nationalized, unemployment rose rapidly, government spending got out of control, and so did Sweden’s national debt.

The road back to stability and success was not easy for Sweden. But by pursuing inventive and courageous reforms and sticking to them, Sweden has transformed its economy and stayed strong in the face of the new global recession. Since the crisis of the 1990s, successive Swedish governments have been balancing the budget for over a decade, and have continued to do so even in the wake of the 2007–2008 global financial crises. Sweden reinvented its economic governance with a series of innovative regulations.

First, in 1996 a ceiling for government expenditures was introduced. This was accompanied by the addition of the ‘surplus goal’ for the government budget. These reforms have met with broad support from across the political spectrum in Sweden. They help ensure that high debt doesn’t accumulate and that debt isn’t passed on to future generations.

Additionally, in 2007 the Swedish Fiscal Policy Council was established. This committee of experts audits the government’s policy decisions regarding public finances and aims to ensure that they remain consistent with the goals of growth, employment and long-term financial sustainability. The Swedish government’s credible management of the public finances has meant that Sweden remains in the top league of fiscally responsible countries in Europe. While governments with large budget deficits carry out austerity measures by increasing taxes and cutting public spending, Sweden has avoided these difficulties.

In fact, taxes in Sweden have actually been lowered since the crisis began. Sweden has also continued to invest in areas like healthcare, education and research, instead of having to cut heavily in these areas like in some countries. Research shows that the parliamentary democracy of Sweden has three levels of government: national, regional and local. Approximately seven million people in the country entitled to vote in this Scandinavian nation with thousands of coastal islands and inland lakes, along with vast boreal forests and glaciated mountains. At parliamentary, municipal and county council elections held every four years, voters elect those who are to decide how Sweden is governed and administered.

Regional level: Sweden is divided into 21 counties. Political tasks at this level are undertaken on the one hand by the county councils, whose decision-makers are directly elected by the people of the county and, on the other, by the county administrative boards which are government bodies in the counties. Some public authorities also operate at regional and local levels, for example through county boards.

The Constitution: Basic provisions defining how Sweden shall be governed are enshrined in the Constitution. In these fundamental laws the relationship between decision-making and executive power is set out and also the freedoms and rights enjoyed by citizens. Among other things, the Instrument of Government guarantees citizens the right to freely procure information, hold demonstrations, form political parties and practice their religion.

The Freedom of the Press Act: In another of the fundamental laws, the Freedom of the Press Act, the principle of public access to official documents is set out in order to guarantee an open society with access to information about the work of the Riksdag, the Government and public agencies. This openness entitles the Swedish people to study official documents. Anyone may avail him/herself of this possibility whenever they wish.

Division of responsibility between levels of government: The Swedish Constitution contains provisions defining the relationship between decision-making and executive power. The 1992 Swedish Local Government Act regulates division into municipalities and the organization and powers of the municipalities and county councils. It also contains rules for elected representatives, municipal councils, executive boards and committees.

The division of tasks between central government and municipalities has changed over the years. Activities have chiefly been transferred from central government to municipal bodies, inter alia for democratic reasons. In municipalities it is easier to maintain continuous contact between decision-makers and the private individual The Government has appointed a parliamentary committee, the Committee on Public Sector Responsibilities, which has been instructed to look into the division of responsibility between different levels of government In addition, there is the European level which has acquired increasing importance following Sweden's entry into the European Union.