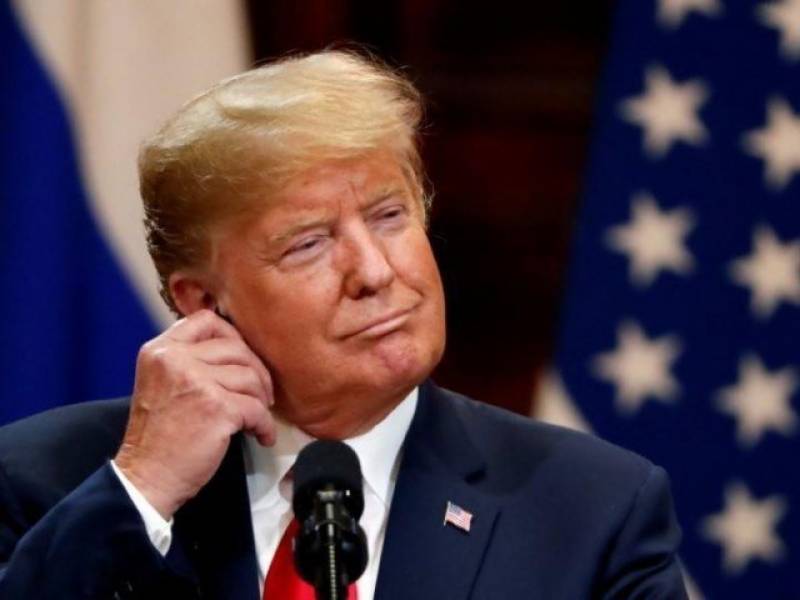 WASHINGTON - US President Donald Trump has indicated peace negotiations with the Taliban insurgency in Afghanistan are back on track and vowed again to withdraw American troops from the country, reported Voice of America (VOA).

“You know we’re pulling way down in Afghanistan. We’re working on an agreement now with the Taliban. Let’s see what happens,” Trump told Fox News on Friday in a telephone call to the programme “Fox and Friends.” He did not elaborate further.

His comments come several days after the Taliban released an American and Australian professor in exchange for the release of three Taliban prisoners by the Afghan government. The Taliban also released 10 Afghan soldiers this week.

It was widely thought that the release of American Kevin King and Australian Timothy Weeks, who had been held hostage since August 2016, could lead to a resumption of US-Taliban negotiations.

The US also praised the release of the professors, King and Weeks, with Trump tweeting on Tuesday, “Let’s hope this leads to more good things on the peace front like a ceasefire that will help end this long war.”

VOA asked for Taliban spokesperson’s, Zabihullah Mujahid, reaction to Trump’s remarks on Friday. “It is too early to say anything about it,” he said.

In early September, Trump abruptly called off the yearlong dialogue citing a string of Taliban attacks in Kabul that killed among others an American soldier. Trump defended his decision in Fox News interview on Friday.

“The last time I was supposed to have an agreement, then they (Taliban) thought when they came over, they thought it would be good to kill people so they could negotiate from a position of strength,” Trump explained.

At the time when Washington suspended the talks with the Taliban, the two adversaries in the 18-year-old Afghan war had come close to signing an agreement to set the stage for an American military drawdown in return for insurgent counterterrorism guarantees and commitments to enter into intra-Afghan peace talks.

Special Representative for Afghanistan Reconciliation Zalmay Khalilzad has travelled to Pakistan and Afghanistan since the collapse of the negotiations, but the State Department stressed after the first trip that the “meetings do not represent a re-start of the Afghan Peace Process.”

Khalilzad said on Friday he was hopeful the prisoner swap would lead to “a reduction in violence and rapid progress” toward a political settlement involving the Afghan government, the Taliban and other Afghan leaders. “The Afghan people yearn for peace and security, and we stand with them,” tweeted the Afghan-born American diplomat.

However, Taliban spokesperson Suhail Shaheen earlier this week rejected as untrue reports that his group had agreed to engage in direct negotiations with the Afghan government in the wake of the successful prisoner swap.

The Taliban remains strongly opposed to any peace talks with the Kabul administration. A report issued this week found that attacks by the Taliban were deadlier than those committed by any other group in 2018. The report, the 2019 Global Terrorism Index, found that the militant group took significantly more lives than ISIS did last year.

Steve Killelea, the executive chairman of the Institute for Economics and Peace, which produced the report, said the Taliban “now account for 38% of all terrorist deaths globally,” which he believes “underscores the difficulty with the current conflict” in Afghanistan. -APP/AFP