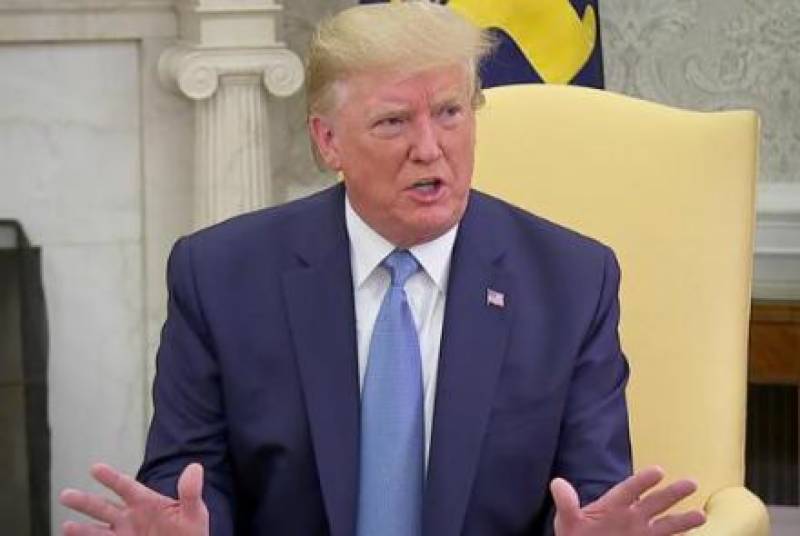 President Donald Trump seemed to indicate in a phone-in interview with Fox News on Saturday morning that the negotiations with the Taliban were back on. Shifting the conversation from domestic US affairs, Trump told news anchors: “Listen, rebuilding the military, all of the things I’ve done, plus we’ve had peace.

You know we’re pulling way down in Afghanistan. We’re working on an agreement now with the Taliban. Let’s see what happens.”

Trump elaborated on the earlier peace deal and its breakdown to the hosts of the show “Fox & Friends: “The last time I was supposed to have an agreement, then they (the Taliban) thought when they came over, they thought it would be good to kill people so they could negotiate from a position of strength, TOLO News has reported.

They killed 12 people in order to show their tough guys, and I canceled the meeting. I said, “That’s not what we’re dealing with.” Anyway, I’m pulling back. I just pulled out of Syria, except I kept the oil. If it was okay with you-,” he said.

This interview follows the past week’s prisoner exchange of three Haqqani network commanders imprisoned in Afghanistan for two Western professors held by the Taliban.

Afghan President Ashraf Ghani led the exchange but acknowledged that the swap was closely coordinated with the US. Ghani also stated that the prisoner swap was intended to lay the groundwork for a new set of peace talks.

After the successful swap, Trump tweeted praise for Ghani’s “courageous decision” and said, “Let’s hope this leads to more good things on the peace front like a ceasefire that will help end this long war.”