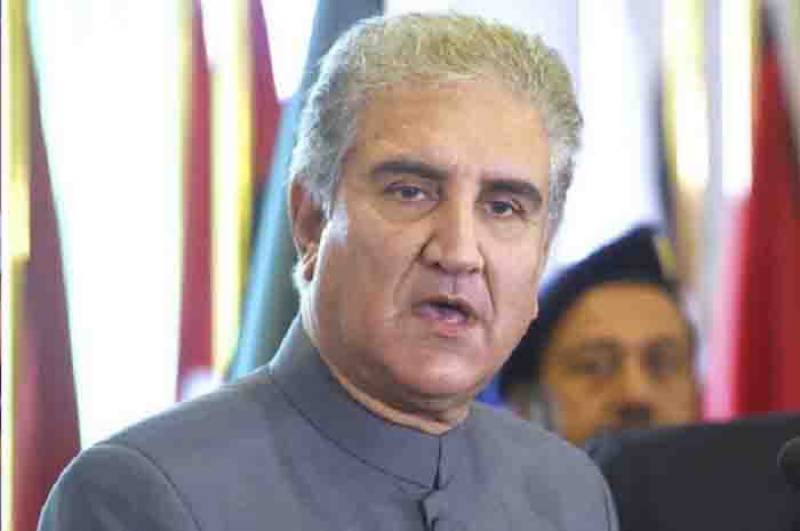 While talking to media in Multan today, he said that it’s been more than hundred days that occupied Kashmir is under stringent curfew and lockdown.

“It’s been 112 days of curfew in occupied Kashmir. There are gross human rights violations happening in the valley. Pakistan has decided to raise its voice again on international forums regarding Kashmir,” he said.

The foreign minister further stated that there is a need for mutual consensus on Kashmir issue.

“Due to our internal socio-political situation, attention was diverted from Kashmir but there is no disagreement between opposition and government on this issue. I also request media not to shift its focus from Kashmir,” he said.

Shah Mehmood Qureshi stated that Prime Minister Imran Khan will also be invited to attend the next session of Kashmir Cell.

“We will analyze different legal and political avenues with respect to Kashmir in the session. We are glad that American Congress and European Union (EU) also highlighted the issue of Kashmir in their respective sessions,” he said.

Regarding the US diplomat for South Asia, Alice Wells’ statement on China-Pakistan Economic Corridor (CPEC), FM said that Pakistan does not agree with her stance.

“That was her stance and we do not agree that this project would burden our economy. Projects under CPEC will continue and it will prove to be a game-changer for regional development,” he said.

On the incident of desecration of the Holy Quran in the Norwegian city of Kristiansand, he said that Foreign Office on Saturday summoned the ambassador of Norway to convey and conveyed deep concern of the government and people of Pakistan over an incident.

“We have also asked our ambassador in Oslo to contact Foreign Ministry of Norway and register our protest,” he said.