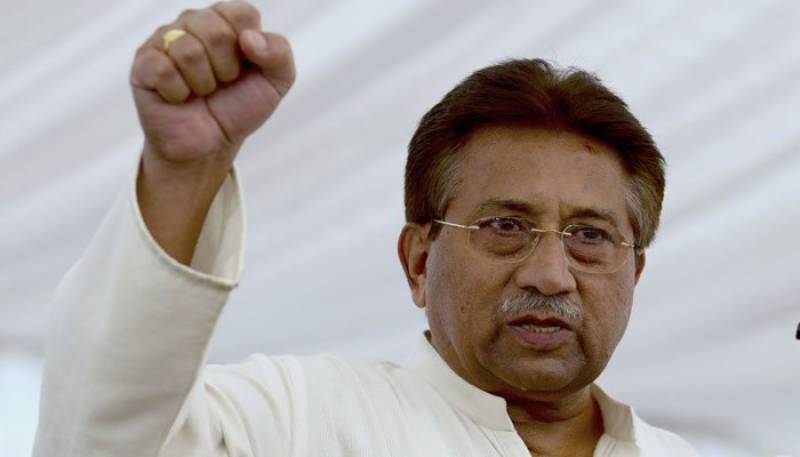 ISLAMABAD - Former president General (retd) Pervez Musharraf on Saturday moved the Lahore High Court against the special court’s step to reserve the verdict in a case against him. link

A three-member bench, comprising the Peshawar high court chief justice and head of the special court Justice Waqar Seth, announced to reserve the ruling after completing the proceedings in the case on November 18.

Musharraf’s decision to challenge the special court’s measure comes just days before it will announce the ruling on November 28.

Filing the application through his counsel, Khwaja Ahmed Tariq Rahim, the former president appealed to the court that he was staying abroad for his medical treatment hence, he couldn't produce his defence in the case.

Musharraf pleaded to the court to suspend the court’s order from that date and stay "the trial in absentia being conducted against the petitioner" until he was able again to physically appear before the court.

The former president petitioned the court to annul the special court's decision to preserve the ruling and put off the hearing of the treason case against him until he recovers.