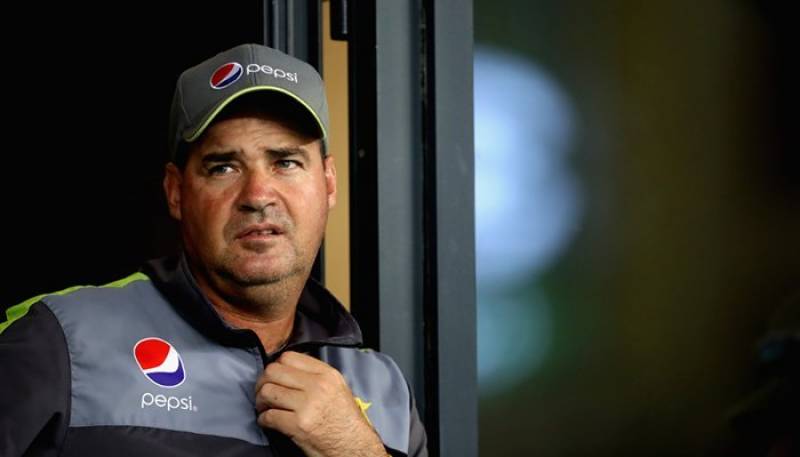 ISLAMABAD - Babar Azam is not only known to be Pakistan’s most capable batsman at the moment but also for his devotion towards his family. The 25-year-old, who is currently in Australia for a full-fledged tour, is known for sending his entire earnings made from the game to his family at home.

And it was revealed earlier this year by none other than Pakistan’s former head coach *Mickey Arthur* link. And the South African-born coach has spoken highly about Babar once again, months after losing the top job to Misbah-ul-Haq.

Arthur has recently said Babar is like his “adopted son” and praised his family. He said the ace batsman has a wonderful father and brothers who always back him and travel around to watch him play.

The 51-year-old also said that he shares a special bond with Babar and enjoys watch him bat. He also hoped high about Babar’s future.

Editor of PakPassion, Saj Sadiq revealed Mickey Arthur’s quotes on Twitter – “Babar Azam is like my adopted son, he’s got a wonderful family.

A wonderful dad and brothers who support him consistently, they travel around and watch him. I have a special bond with him and I enjoy watching him bat and I enjoy seeing him do very well”

In February this year, Arthur was quoted as saying by Business Recorder, “Babar Azam is among the five most talented batsmen in the world. Do you know he sends every penny of his income home – most of them do.

Then, one night round the family dinner table, his father made a short speech saying how much honour his son had brought to the family and how they loved him. Whereupon he gave Babar a set of car keys and outside the door was a brand new white Honda.”

Babar was recently elevated to the captaincy of Pakistan’s T20I side after *Sarfaraz Ahmed* link was axed following their 0-3 humiliation to Sri Lanka at home recently, The Crictracker has reported.

But Babar had an ordinary start to his captaincy record as the Men in Green went on to lose their three-match series in Australia 0-2. Individually, however, he continues to occupy the top position in the shortest format in the ICC’s list.

Babar slammed a ton in a side game against Australia ‘A’ and followed it with a fifty against Cricket Australia XI before the two-Test series kicked off.