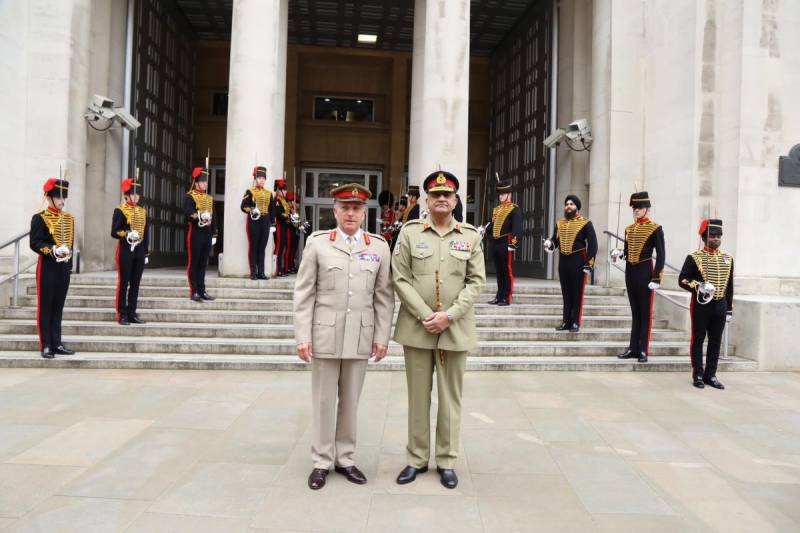 According to the ISPR, Chief of Army Staff General Qamar Bajwa, who is in Britain on an official visit, visited the Ministry of Defence, where he was received by UK’s Chief of Defence Staff General Sir Nick Carter.

On Sunday, the army chief along with DG ISPR Major General Asif Ghafoor was in attendance at the Lord’s stadium to support Pakistan cricket team in their World Cup match against South Africa.

The COAS, who reached London on June 20, last visited the UK in October 2018.