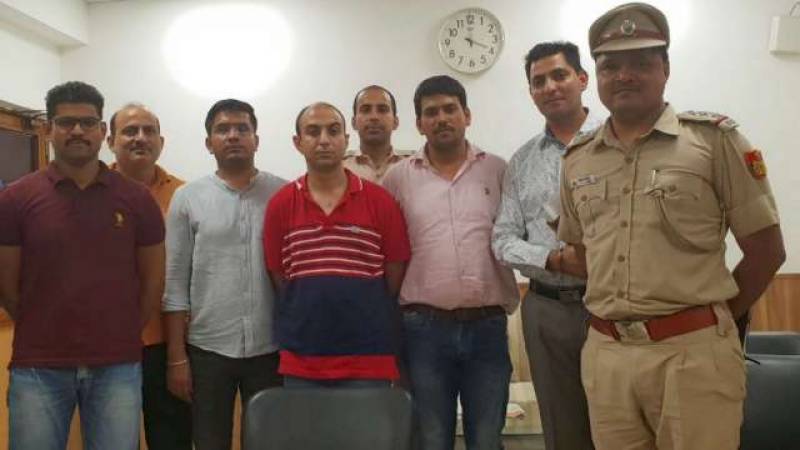 NEW DELHI - The Delhi Police on Sunday claimed to have cracked the case of the murder of an Army major's wife who was found dead in Delhi Cantonment area on Saturday. A senior police officer said that Major Nikhil Handa was arrested from Meerut in Uttar Pradesh for his alleged involvement in the killing of the 30-year old woman.

The woman, identified as Shailja, wife of Major Amit Dwivedi, was found dead with her throat slit near Brar Square in the Delhi Cantonment area on Saturday. She was also run over by a car and initially, the police was informed that a woman had died in an accident. Later, when they inspected the body, it was found that her throat had been slit, they said.

The police had said that it had some clues about the accused and on Sunday, Handa was arrested from Meerut. After the arrest, they informed their counterparts in Meerut.

He was later brought to the national capital for further investigation.

The police claimed that Handa, currently posted in Nagaland's Dimapur, knew the woman since 2015. He was reportedly "obsessed" with the woman and wanted to marry her.

"He (Handa) was obsessed with her... He wanted to marry her," Deputy Commissioner of Police (West Delhi) Vijay Kumar, said.

Major Handa met Shailja about three years ago in Nagaland where he was working with her husband. She moved to Delhi after Major Dwivedi's transfer.

The two had an argument yesterday following which he allegedly slit her throat. He then ran a car over her face and the body in order to make the incident appear as an accident, police said.

"During an argument on Saturday near Brar Square, he attacked the woman with a knife, threw her out of the car and ran over her," Kumar said.

The woman was dropped at Army base hospital in her husband's official vehicle by a driver, they said. Later, when he came back to pick her up, he could not find her and learnt that she did not attend her scheduled physiotherapy session, the police said.