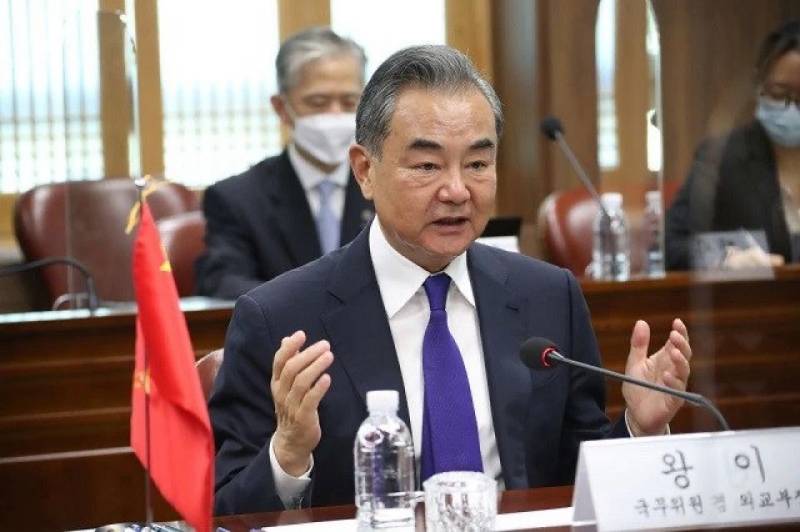 China is investing over $400 billion in nearly 600 projects across the Muslim world under the Belt and Road Initiative (BRI), the Chinese foreign minister said on Tuesday.

Speaking at the meeting of the Organization of Islamic Cooperation (OIC) foreign minister in Islamabad, Wang Yi said Beijing has close ties with Muslim world based on respect and mutual cooperation.

"China will continue to stand firmly on the side of the Palestinian people and support the early convening of a more authoritative and representative international peace conference on the basis of the two-state solution so as to promote a comprehensive and just settlement of the Palestinian issue," Wang said, according to the transcript of his speech released by Pakistan’s Information Ministry.

Referring to the long-standing dispute of Jammu and Kashmir, he said today he “heard the call of many Islamic friends” over the issue, adding that Beijing “share the same aspiration.”

About the war between Russia and Ukraine, Wang said that China supports peace talks between Moscow and Kyiv.

"We need to prevent humanitarian disasters and prevent the spillover of the Ukrainian crisis from affecting or harming the legitimate rights and interests of other regions and countries," he added.

He also spoke about the current humanitarian crisis in Afghanistan and said Beijing would support Afghanistan in achieving inclusive government and steady governance to open a new chapter of peace and reconstruction.

"China is ready to work with Islamic countries to promote a multi-polar world, democracy in international relations and diversity of human civilizations, and make unremitting efforts to build a community with a shared future for mankind," Wang concluded.

The UN Secretary-General Antonio Guterres in a video message said that the UN enjoys close relationship with OIC based on trust and solidarity.

"We are working together to counter the challenges that abound, from the war in Ukraine and its global ramifications to growing inequalities and proliferating assaults on human rights," the UN chief said.

Guterres added that the two organizations have worked together to nurture a culture of peace, tolerance, and understanding.

He praised the OIC’s role and said that in recent years, they have successfully deepened their collaboration on key areas of mutual concern – including mediation, countering terrorism, preventing violent extremism, combatting anti-Muslim hatred, and promoting religious tolerance.

“Only together, in unity with partners at all levels, we can confront shared challenges and create a better future for all,” the UN secretary-general added. - Anadolu Agency