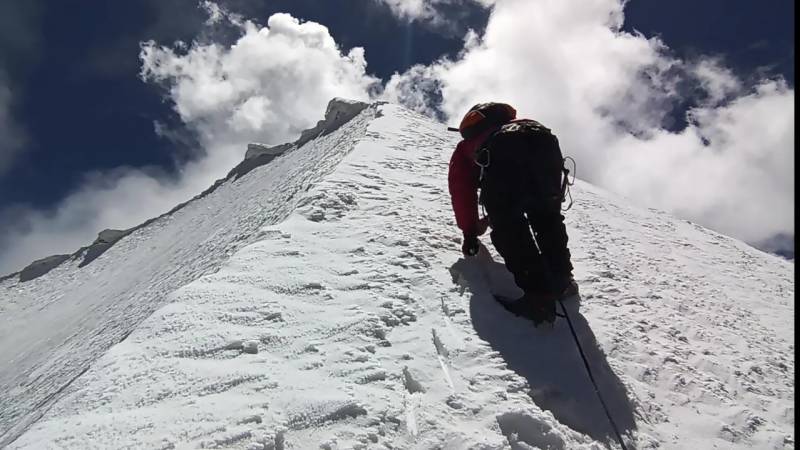 SWAT: Two- local mountaineers set a new record by reaching the summit of Falak Sar, the highest peak of Hindukush Mountain range in Kalam valley of Swat district without any training and proper equipment. The two Mountaineers – Zeeshan Umar and Numan Khalil scaled the 5985 metres high peak of Falak Sar during 6 days of difficult journey.

The peak was recently summitted by an international team comprised of mountaineers from France, United Kingdom, Salvinia, United States and Gilgit- Baltistan who later skied down from the peak last month.

The local mountaineers said that it was their dream to summit the peak and they did it without any proper training and professional equipment. They said they were proud to become the first Swatian to have summit the peak, adding that they completed their expedition in six days. “Our happiness knew no bounds when we reached the top. I dedicate this summit to my mother as she is always ahead to encourage me and pray for my success,” said Zeeshan Umar.

The mountaineers said that Falak Sar was not an easy peak as its route was full of icy and a lot of big glaciers, dozens of wide crevasses, frequent vertical reliefs and enormous bulk of ice and rock, which was why it was one of the most dangerous peak among the 5985 meters high peaks of Hindukush range, here in Swat district.

“We are not professionally trained in rock and ice climbing, which was our weakest point but we had a strong will and we found good weather till the summit which enabled us to successfully summit the peak,” Numan Khalil another summiteer described.