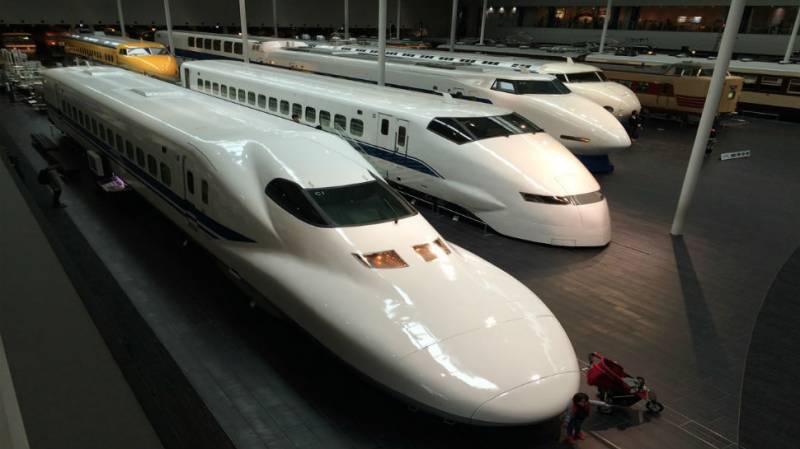 LONDON - Britain is looking to act on its dream of having bullet trains that can rival the famous trains in Japan. Just that many in the country don't want it.

UK is looking at a High Speed 2 network which, in its first phase, will connect London to Birmingham and then - in phase 2 - reach Manchester, Sheffield and Leeds at speeds of 400kmph. The country hopes to at least make the first phase operational with 1000 seats by 2026.

More than just ramping up transport network in the country, the bullet train project is being touted as something that will provide jobs to thousands of people - crucial in the post-Brexit scenario. Supporters of the project say that it would be a reliable network that would help the economy immensely. At a construction cost of 56 billion pounds though, critics have their doubts.

UK-based newspapers have reported that voices are being raised against the need for the country to have a bullet train project at a time when an increasing number of Britons are taking the aerial route. Some are calling it a 'White Elephant Project' because according to them, the cons outweigh the pros.

And then there is a China angle to it all.

It is being reported that Chinese construction companies are eyeing the lucrative tender for the project and could outbid local companies because of having 'heavy purses.' Guangshen Railway Company and Hong Kong's MTR Corp are believed to be the front-runners even though the winners are not likely to be announced till early next year. And not too many are too pleased with Chinese companies coming in across the English Channel and getting a strong foothold in the heartland of Britain.

Then there are many who predict that if Labour leader Jeremy Corbyn is voted to power in the next elections, the fortunes of the High Speed 2 network - and the possible involvement of Chinese companies - could see a massive change.