Babar Azam: The Rise of a new cricket legend in Pakistan's history
21 Feb, 2019 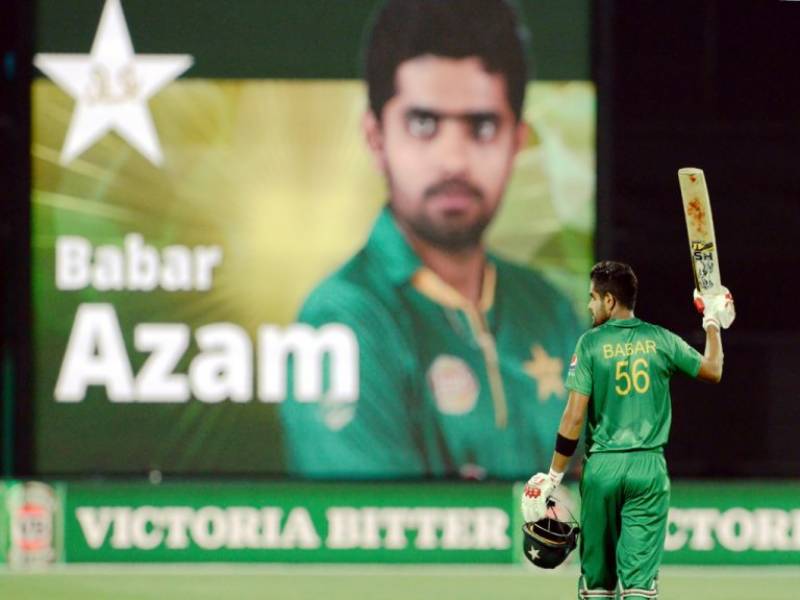 LAHORE:"Play the first and the last ball of a match" was the advice a 15-year-old Babar Azam got from his club coach Mama Juna in Lahore and that advice Babar has learnt off by heart. Babar aims to be an epitome of performance in Pakistan's wins. Since cracking three consecutive centuries against West Indies in 2016 -- just a year after his international baptism, Babar has risen to world number-one in the ICC's T20I rankings, 18th in Tests and fifth in ODIs. Cricket pundits compare Babar to current world's best batsman Virat Kohli of India. Although comparisons are hazardous and Kohli currently has a far superior record than his Pakistani counterpart yet, Babar’s stupendous start to international cricket hints he has the ability to match the Indian superstar, if not overtake him. For a fact, Babar has scored 1,000 and 2,000 ODI runs faster than Kohli. He completed 1,000 in 21 innings and 2,000 in 45, as compared to Kohli's 24 and 53 innings, respectively. Babar also surpassed Kohli's record of fastest to 1,000 T20I runs -- in 26 innings as compared to Kohli's 27. Babar's first 25 ODIs had five centuries to Kohli's just two. But Kohli has since achieved astronomical height and now has 39 ODI hundreds. Kohli was superior in his first 20 Tests, scoring 1,235 runs with four hundreds and seven fifties as compared to Babar’s 1,165 with just one hundred but 11 half centuries. Babar feels proud at being compared to Kohli. "It's flattering to be compared to Kohli," said Babar on Thursday. He is very consistent and his mindset is very good, he gives 100 per cent every time he walks out to bat. I am at the start of my career, so the aim is to be like him and be the epitome of performance in each of Pakistan's wins," says Babar. Just like every successful cricketer, Babar too has done his hard work with discipline and single-mindedness. "I was attracted to cricket at a very young age," recalls Babar. "My father's elder brother Akram Siddiq saw the passion of cricket in me, so he pushed me and then another uncle (father of Kamran, Umar and Adnan Akmal) advised my father to work hard on me as he thought that I will make it big in cricket." Babar would walk four miles in all weathers from his house to Gulberg in Lahore, place the nets and would be the last to leave the ground. He topped the batting averages in all Under-15 cricket in Pakistan. That paved his way to Pakistan Under-19 team. Babar hit a century on his ICC U19 Cricket World Cup debut in New Zealand in 2010, against a West Indian team which included current captain Jason Holder in the attack. He accumulated 298 runs – third most in the event. He led Pakistan to a quarter-final finish in the next event held in Australia in 2012, finishing with 287 runs in six games, behind only to Bangladesh’s Anumul Haque’s 365. Babar has become a batsman with discipline, good technique and one who, as his coach advised, wants to be there throughout the innings. He is currently the top batsman in Twenty20 rankings and a prime reason for Pakistan getting to the top of ICC's T20I team rankings and winning 11 consecutive series. The last four years have seen him mature as one of the top batsman in limited-overs cricket and he is working hard to be the best in Test cricket as well. "I think he will be in the top five (batsmen) of the world very soon across all formats,” said Pakistan's head coach Mickey Arthur. "I thought I was a bit quick off the gun when I said two years ago that he would be almost as good as Kohli, but it has taken him a while to show that class. "But if you watched him in the nets couple of years ago, he was a young boy who has developed into a young man, he's got stronger and fitter and his game get better and better all the time." Babar wants to learn from his mistakes. "I keep learning from my mistakes and I take advice from my seniors Azhar Ali and Asad Shafiq because I want to be better and better in Test cricket, which is the test of skill, patience and fitness of a player. "The aim is to be the best for Pakistan across all formats," he said.