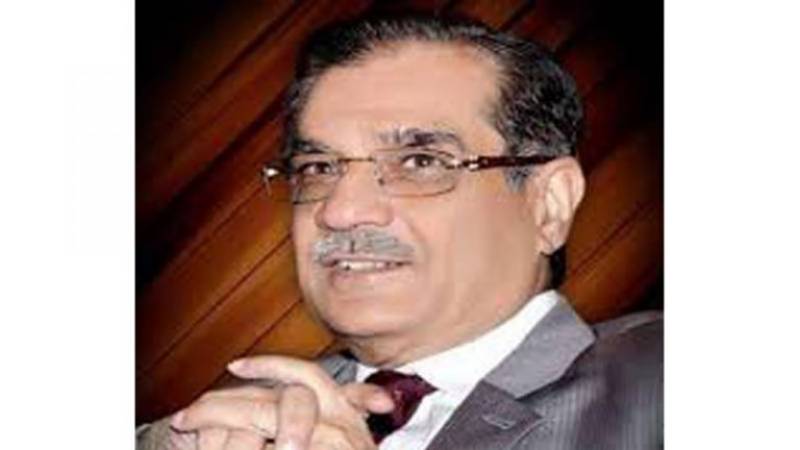 ISLAMABAD - A complaint was filed in the Supreme Judicial Council (SJC) against Chief Justice of Pakistan (CJP) Mian Saqib Nisar on Saturday.

The complainant, advocate Ali Azim Afridi, filed the complaint against the top judge. The complainant said that on May 3, he had filed a petition in the Supreme Court challenging Judge Mian Hassan Gul Aurangzeb’s appointment to the Islamabad High Court (IHC). According to the complaint, Afridi reached Justice Nisar’s chambers to express his views on the appointment. When he started to narrate the petition, the CJP questioned whether he was the son of retired judge Azim Afridi of the IHC to which the advocate replied in the affirmative.

“The said response uninvitingly irked Justice Saqib Nisar; dismissing the case in the like terms, ‘Case dismissed, dismissed and dismissed’,” the complaint writes.

“The uninvited uproar of Justice Nisar was questioned by the petitioner in the like terms, ‘Your honour, right of hearing is a fundamental right provided for in the Constitution of Islamic Republic of Pakistan’, which too piqued Justice Saqib Nisar expressing his will, in the similar terms, ‘Leave my chamber or otherwise’, which though was responded; thanking Justice Mian Saqib Nisar,” the complaint adds.Afridi then penned 13 questions, which raised concerns regarding the conduct of a judge. The petitioner alleges that keeping the said incident in mind, “questions arise over how a person occupying such a powerful office can dismiss petitions without giving just cause”. “Each question begged intervention from the SJC in the matter.”

To further strengthen the complaint, Afridi went on to quote multiple senior judges in different cases.

In Justice Shaukat Aziz Siddiqui’s case, the complaint states, it was held, “If a person looses or abandons the necessary attributes of a judge of integrity, probity, legal expertise and mental balance then he is not entitled to any security of tenure and must be weeded out post-haste with surgical precision through due process in terms of Article 209 of the Constitution of Islamic Republic of Pakistan.”

“Such removal is necessary to preserve the independence of Judiciary; since accountability strengthens rather than weakens institutions,” it was further held. It was equally observed in former chief justice Chaudhry Iftikhar’s case: “It is worth mentioning that ultimately every person and every institution is the custodian of his/its own reputation and integrity; if we do not guard our reputation the honourable people of Pakistan will be justified in pointing fingers at us.”