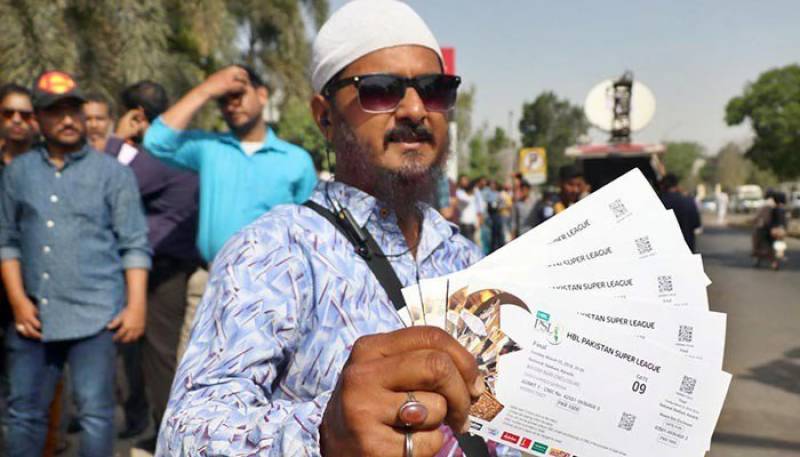 KARACHI - TCS Pakistan claimed that a Rs1,000 ticket of the general enclosure is on sale on a website for Rs 4,900 while tickets of Hanif Muhammad and Shoaib Muhammad enclosure are on sale for Rs 6,050 and Majid Khan enclosure for Rs 10,000. The tickets can be bought using a credit card.

Tickets were sold at 32 designated centres of a courier company

Earlier, the tickets for the final were sold out within 15 hours of going on sale through legal channels. The price range of the tickets was Rs1,000 to Rs12,000. The tickets were being sold on a first-come, first-serve basis.

Cricket fanatics queued up from early Thursday morning to buy tickets of the final.The tickets for the much-awaited final in Karachi were sold at 32 designated TCS Express Centers across the city.

Tickets went on sale at Yayvo.com at midnight, immediately after which the site crashed.

The site was restored at 3 am and within a few minutes, the tickets between the range of Rs1,000 and Rs4,000 were sold out.