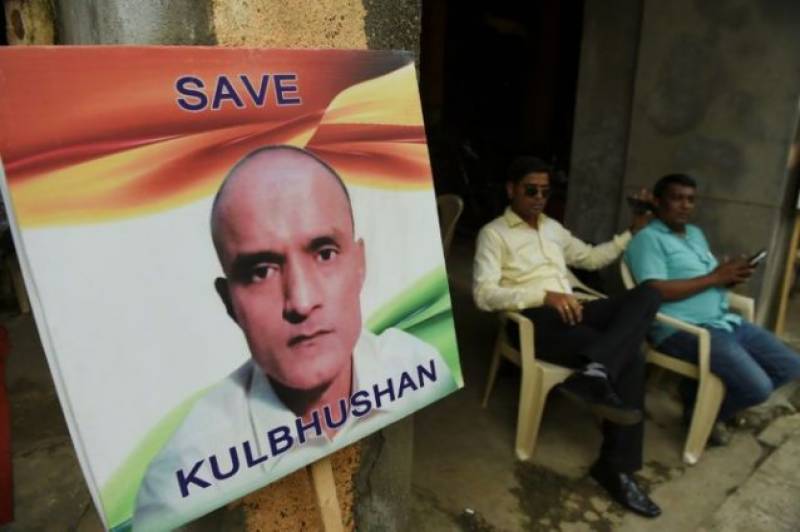 ISLAMABAD - India on Thursday demanded that Pakistan release an alleged spy after the International Court of Justice called for a review of a death sentence against him.

The arch-rivals each declared victory after the world court ruling made late Wednesday. But with 49-year-old Kulbhushan Jadhav still held in secret, his case risked setting off new tensions between the nuclear-armed neighbours.

India's Foreign Minister Subrahmanyam Jaishankar said Jadhav, a former navy officer, "is in the illegal custody of Pakistan under fabricated charges" as he welcomed the court ruling.

"Yesterday's judgement is not only a vindication of India and Mr Jadhav but for all those who believe in the rule of law and the sanctity of international conventions," the minister added.

Jaishankar insisted that Jadhav "is innocent of the charges levelled against him" and had been forced to confess without access to a lawyer.

"We once again call upon Pakistan to release and repatriate him forthwith."

The ICJ said Pakistan must give India consular access to the prisoner, give Jadhav proper representation and review the death sentence. But it rejected India's demand that Jadhav be freed.

Pakistan said Jadhav was detained in its southwestern province of Baluchistan in March 2016.

It released a "confession" video in which Jadhav said he worked for Indian intelligence. A military court sentenced him to death in 2017.

According to Indian officials, Jadhav retired from the navy in 2001 and was running a "logistics" business in the Iranian port of Chabahar.

India insisted he was taken captive in Iran before being moved to Pakistan and then forced to confess.

It started an ICJ case in 2017. Throughout the hearings, Jadhav has been kept under strict lock and key in Pakistan.

Apart the video in which he said he graduated from India's premier defence academy and began to help Indian intelligence in 2001, the only sighting of Jadhav was when his mother and wife saw him for 40 minutes on December 25, 2017.

Indian officials say relatives reported that he appeared to have been tortured.

Relations between the neighbours frequently boil over. They have fought three wars since independence in 1947 and staged air battles on their border in February.

New Delhi frequently says there can be no improvement in relations until its neighbour takes action to rein in militant attacks in India.

Keeping up the rivalry, India's Prime Minister Narendra Modi said late Wednesday that "truth and justice have prevailed" with the ruling.

"He is guilty of crimes against the people of Pakistan. Pakistan shall proceed further as per law," Khan added.

Media in the two countries also claimed victory in the case.