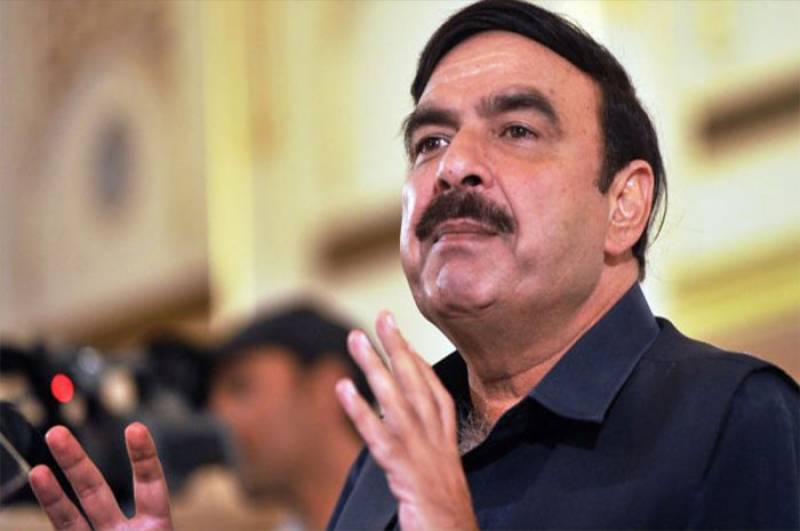 Addressing media personnel here in Rawalpindi, the vocal minister—famous for his ‘political prophecies’—reiterated that Prime Minister (PM) Imran Khan has declined to award NRO to them [opposition leaders].

“The nature of Shehbaz Sharif is serious. Shehbaz has even failed in saving his son Hamza Shehbaz”, claimed Rashid. Terming videogate a blunder by PML-N vice-president, Rashid opined that Maryam has dropped herself into a ditch.

To another question, Rashid stated that Pakistan has fought case of Kulbhushan jadhav—convicted Indian spy and in-service RAW’s officer—brilliantly in International Court of Justice.

“India has been declared a terrorist state in ICJ”, concluded Rashid.