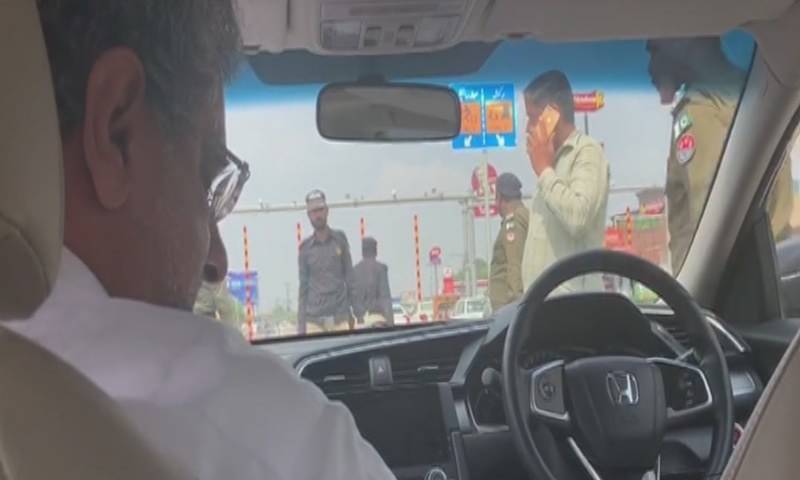 Abbasi was on his way to attend a press conference, accompanied by PML-N leader Ahsan Iqbal and spokesperson Marriyum Aurangzeb, when he was arrested on the Thokar Niaz Baig interchange.

Abbasi initially resisted the arrest but eventually conceded. He was shifted to NAB office in Lahore after a medical check-up. He is currently being taken to NAB Rawalpindi.