Govt decides to seal most effected areas of the metropolis:Health Minister
15 Jun, 2020 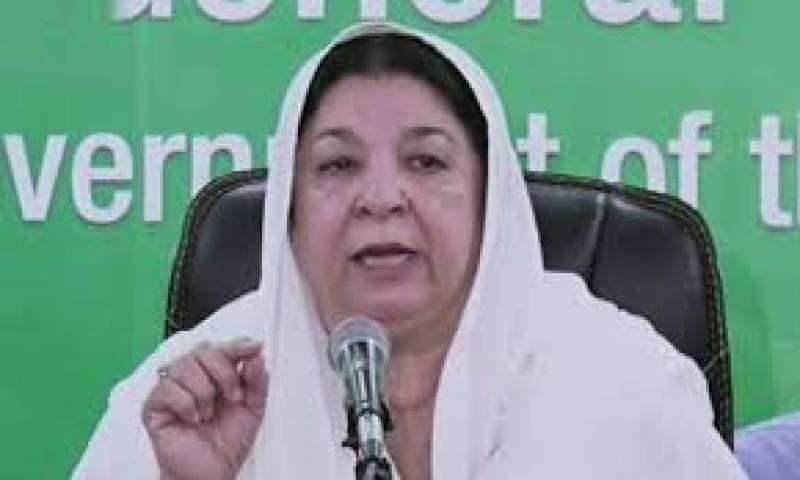 This was informed by Punjab Health Minister Dr Yasmin Rashid while addressing a news conference here on Monday.

She said that the most effected areas of the city included Lahore cantt, Shadbagh, Mozang, Nishtar Town, Allama Iqbal Town,Herbanspura,Gulberg,Walled City and Shahdara would remain sealed for exit and entry for 14 days, however, shops of food items and medical stores would remain opened during the lockdown period.

She said that COVID-19 was spreading speedily in the provincial capital on which Prime Minister Imran Khan directed to seal the most effected areas of the metropolis.

The minister highlighted that 358 COVID-19 cases were reported in Johar town and 250 cases in Wapda town and the government has decided to seal those areas where SOPs were being violated.

She said that decision to reopen the areas would be made after reviewing the situation at that time.

She said the people should follow Standard Operating Procedures (SOPs) devised by the health experts,adding that 50 per cent spread could be controlled by wearing masks. .