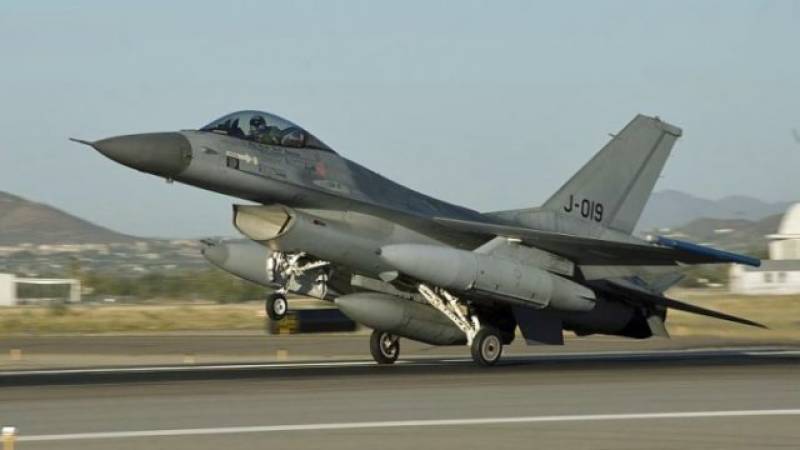 ISLAMABAD - A Royal Netherlands Air Force F-16 was damaged during live-fire training exercises at Vliehors Range on the island of Vlieland in the northern Netherlands.

The aircraft was operating with another F-16 when the incident took place.

According to a media report link, the Dutch Viper (as the F-16 is usually dubbed within the fighter jocks community) “suffered considerable damage” caused by its own ammunition.

A photo of damage to the aircraft shows deep longitudinal tears in what appears to be the central fuselage of the F-16. The aircraft was reportedly damaged in the rear section too. Although most details of the incident are still unknown, some media described the event as a case of “plane shooting itself”.

The F-16 is armed with a General Dynamics M61A1 six-barrel, 20mm Gatling gun. The gun is mounted on the left side of the fuselage, below and behind the cockpit. The 248-pound gun is capable of firing up to 6,000 rounds per minute.

Some aviation journalists are comparing this latest incident to a September 21, 1956 incident when a U.S. Navy Grumman F-11F Tiger collided with its own 20mm cannon shells in flight. That aircraft was completely destroyed in the incident and the pilot was wounded.