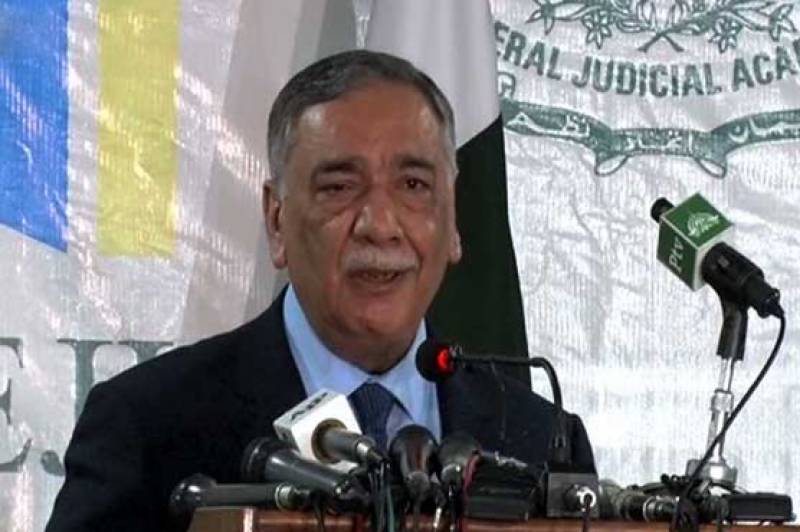 ISLAMABAD – Chief Justice of Pakistan Asif Saeed Khosa on Saturday called it an unfortunate situation that the improvement of judicial system was not on the parliament’s list of priorities as recommendations and amendments were not tabled in the parliament for improvement in judicial policy.

He addressed an event in Islamabad and asserted that the model courts are established – in light of the recommendations of the National Judicial (Policy Making) Committee – for expeditious and inexpensive trial of cases.

He maintained that every possible effort was being made to adjudicate pending cases as soon as possible.

“Police must immediately investigate a case, and submit its challan. Under judicial policy, cases would proceed under time-bound criminal trial regimen,

He said, while giving an example of Britain and other countries where trials are commenced under pre-defined period.

“Provision of justice can be made easier if time is set for cases to be wrapped up,” he said.

“If, for any reason, a case could not be prosecuted, then its alternative would be presented,” he maintained.

He claimed that the model courts are established with an aim to remove obstacles that cause delays in proceeding of cases.