Several strategic level important deals and projects to be signed between Pakistan and Turkey during Tayyip Erdogan visit to Pakistan
12 Feb, 2020 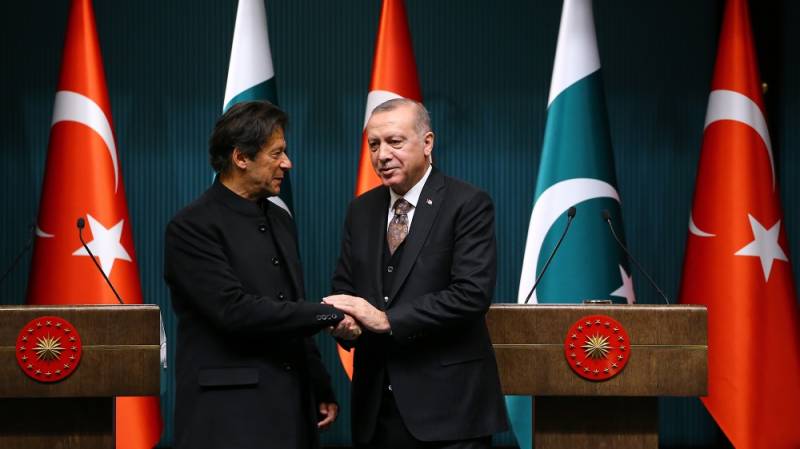 ISLAMABAD - Several strategic level important deals and projects to be signed between Pakistan and Turkey during Tayyip Erdogan visit to Pakistan.

Turkish President Recep Tayyip Erdogan is scheduled to land in Islamabad on Thursday to attend the sixth round of the Pakistan-Turkey High-Level Strategic Cooperation Council.

He will visit with a group of Turkish businessmen and top investors and is expected to ink significant trade and investment deals with Pakistan.

On February 14th, the second day of his two-day visit, President Erdogan is scheduled to address a joint session of the parliament.

During the visit, Pakistan also plans to commemorate the 100th anniversary of the Khilafat movement of the 1920s. The movement, started in the Indian Subcontinent to support the Ottoman Empire, binds the two brotherly nations.

The two countries are expected to finalize various military cooperation agreements, including military training programs, up-gradation of some law enforcement equipment, and establishment of a joint patrolling force in collaboration with Islamabad Police, according to a statement link from the Interior Ministry. The dual citizenship agreement will be the center of attention. Speaking to a Turkish state-run news agency, Anadolu, Prime Minister Imran Khan had said that Pakistan intends to involve Turkey in the China-Pakistan Economic Corridor (CPEC).

Turkey is the second country after Saudi Arabia to be invited to join the multibillion-dollar project. Its involvement will open new possibilities.

The offer also holds significance because the two countries, in collaboration with Iran, have already inaugurated a trade corridor named Transports Internationaux Routiers or International Road Transport (TIR) in April 2019. The project aims to connect Iran and Pakistan with Central Asia and Europe.

Moreover, Ankara is building a consulate in Karachi, which will be Turkey’s largest consulate in the world. This symbolizes the importance Turkey gives to business and trade expansion with Pakistan.