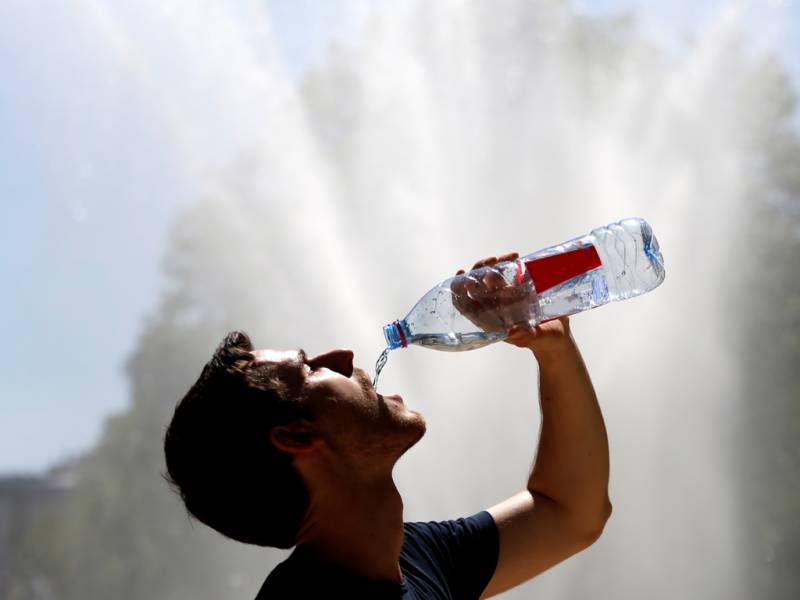 RAWALPINDI: Medical practitioner Dr Muhammad Sheikh Naseem has advised the people of twin cities of Islamabad /Rawalpindi for taking precautionary measures to beat the heat as it is very essential to drink plenty of water even if they do not feel thirsty.

He said they should stay cool in summer and drink plenty of water as the temperature was rising.

He said one should cover the head while going outside or working in the open places. The summer season is on its peak, he told heat stricken patients have increased with rising temperature.

Cases of soar throat, tonsils were being witnessed because of using cold water who were visiting hospitals.

He advised to use watermelon, juices and cold drinks to avoid the heat. Be calm, take proper rest and protect yourself from scorching heat, he added.

According to meteorological department, mainly hot and dry weather is expected in most parts of the country whereas very hot weather is expected in eastern Balochistan, Sindh and plain areas of Punjab and Khyber Pakhtunkhwa. However, dust-thunderstorm/rain was expected at isolated places in Malakand, Hazara, Mardan, Peshawar, Kohat, Bannu, D.I khan, D.G khan, Sargodha, Rawalpindi, Gujranwala, Lahore divisions, Islamabad Gilgit-Baltistan and Kashmir.