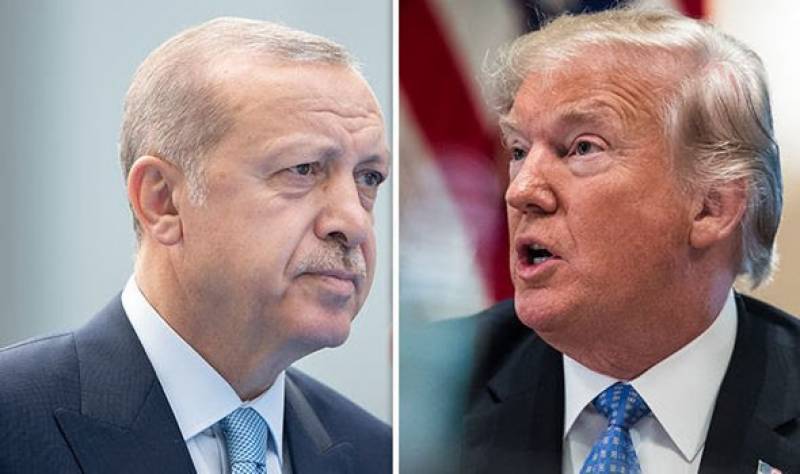 WASHINGTON - President Donald Trump said on Friday that he has authorised the doubling of steel and aluminium tariffs “with respect to Turkey.”

Trump is also declaring that, “Our relations with Turkey are not good at this time!”

The United States slapped sanctions on two Turkish officials earlier this month over a detained American pastor who is being tried on espionage and terror-related charges.

Turkey vowed retaliation “without delay” and warned the move would further harm relations between the two allies.

Trump's tweet caused a further drop in the Turkish currency, which is now down 13 percent on the day.

The lira tumbled about 10 per cent on Friday to another record low as investors worry about Erdogan's unorthodox economic policies and US sanctions.

Erdogan said during an address to supporters: “Change the euros, the dollars and the gold that you are keeping beneath your pillows into lira at our banks. This is a domestic and national struggle.”

He appeared to blame foreigners for trying to hurt Turkey, saying: “This will be my people's response against those waging an economic war against us.” The lira fell further as Erdogan spoke.

President Recep Tayyip Erdogan says his government “will not lose the economic war.”

Turkish newspaper Hurriyet and other media reports quote Erdogan as making the comment to a group of worshippers following traditional Muslim Friday prayers during a visit to the northern city of Bayburt.

On Friday, the Turkish currency plunged to another record low amid concerns over Erdogan's unorthodox economic policies and a diplomatic row with the United States that has led to sanctions.