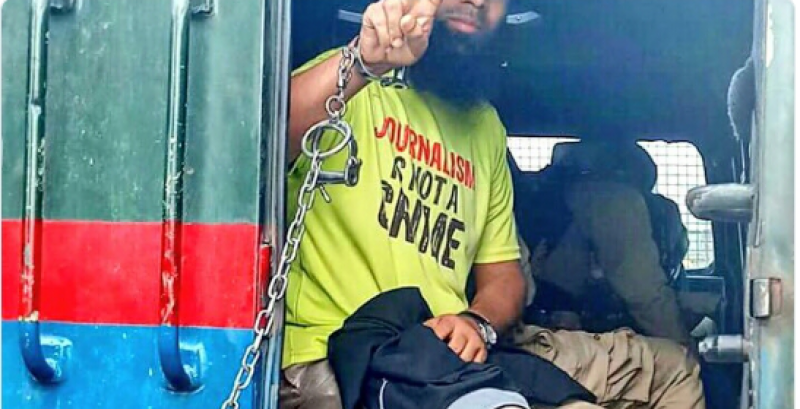 NEW YORK – The Committee to Protect Journalists, a US-based independent watchdog body, has called on the Indian authorities in occupied Kashmir to immediately cease all legal proceedings against journalist Aasif Sultan and release him from jail after formal charges were reportedly filed against him in Srinagar on Wednesday.

Sultan, along with nine other individuals, has been charged with harbouring and giving support to a militant organization and for hatching a criminal conspiracy under India’s Unlawful Activities Prevention Act.

“Filing terrorism-related charges against journalist Aasif Sultan, despite a complete lack of evidence, marks a terrible injustice and further undermines press freedom in Jammu and Kashmir,” Steven Butler, CPJ’s Asia programme coordinator in Washington, D.C., said in a statement on Wednesday. “Is it so hard to understand that journalists, in the normal course of their work, must make contact with the people they write about?”

Sultan has been jailed since August 27, 2018, after he wrote a story for the Kashmir Narrator magazine on Kashmiri militant leader Burhan Wani. In January, CPJ called on Jammu and Kashmir Governor Satya Pal Malik to ensure that the journalist is released. On Wednesday, CPJ also distributed a picture of Asif Sultan, in handcuffs, wearing a T-shirt with an inscription: “Journalism is NOT At a crime.”