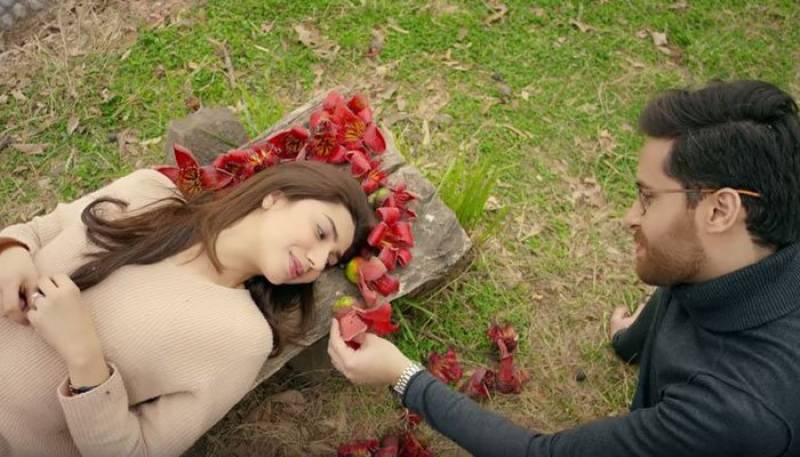 ISLAMABAD - The new beautifully filmed track ‘Sambhal Sambhal Kay’ from Shoaib Mansoor’s upcoming film, Verna, is nothing but a visual treat to watch.

The song is sung by Zeb Bangash and Haroon Shahid, who makes his acting debut with Verna, the song is light, breezy and wonderfully romantic.

Verna is written, produced and directed by Shoaib Mansoor, known for his highly acclaimed films Khuda Kay Liye and Bol. Mansoor is known for introducing new faces in his movies. He introduced Mahira Khan and Atif Aslam in Bol, Fawad Khan and Eman Ali in Khuda Kay Liye, and this time he will be introducing Coke Studio sensation Haroon Shahid, who has sung hit songs like Baliye, Tum Kaho and Koi Labda, in Verna. Shahid will be starring opposite Khan while the rest of the cast includes Zarrar Khan, Naimal Khawar, and Rasheed Naz.

The story revolves around Sara (Mahira Khan) who is happily married to Aami (Haroon Shahid) until their lives fall apart when they are faced with some extraordinary circumstances.

The film’s official poster that came out recently features a resolute Mahira Khan whose expression is enough for us to keep waiting for the release of the film. We can easily say that this movie does seem quite different from her previous offerings.

Not unexpectedly, the poster of this film was received positively by fans and celebrities alike.

Given the love and appreciation shown for Verna, we hope the film lives up to expectations.