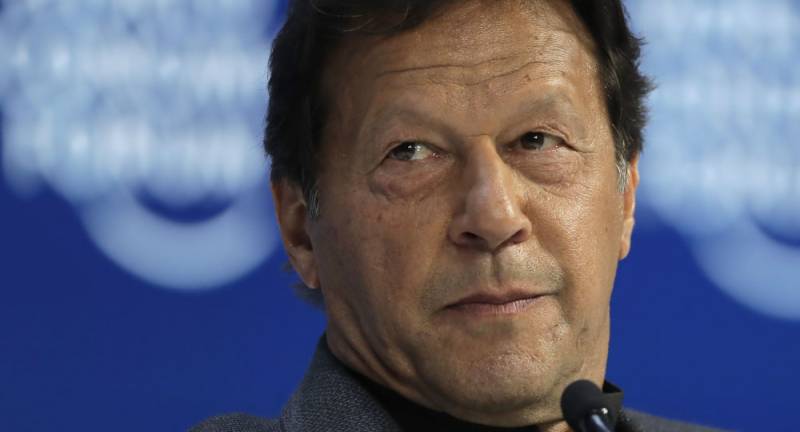 Bashing Modi for his remark, the Pakistan prime minister said: "Irresponsible statements by Modi 'I’ll conquer Pakistan in 11 days link' shows nothing but his desperation. The purpose of such statements is to make his Hindutva followers happy. Patriotism is the last refuge of the scoundrel," Khan said on Wednesday at the legislative assembly of Pakistan administered Kashmir. link

Khan added that Modi has made a mistake by revoking article 370 (special status) of Kashmir and as his government will make every possible attempt to raise the matter at international forums. “By committing this ‘Fatal Mistake’, Modi brought this issue on to the surface and now he has no way back as we are raising this matter at every forum. It’s my faith that Kashmir will be liberated.”

Khan said his countrymen should not fall into the trap of “Islamic terrorism” while stating that he had been raising concerns with Canadian Prime Minister Justin Trudeau and German Chancellor Angela Merkel.

"Unfortunately, after UN resolutions, the Kashmir matter drifted link. This is unprecedented that 600 EU parliamentarians & 150 US legislators have raised the Kashmir issue. We have to make sure that we constantly update them on Kashmir’s situation," said Khan said, admitting that his attempt to garner international support on Kashmir at the United Nations Security Council (UNSC) has come up short.

On 28 January, Modi said: "Pakistan has already lost three wars. Our armed forces will not take more than 7-10 days to make Pakistan bite the dust."

India scrapped Article 370 of its Constitution in Jammu and Kashmir last year. The provision had previously allowed the state's local legislature, the Constituent Assembly, to make its own laws.

The provision also involved an exemption to the State from the complete applicability of the country’s Constitution and the central legislative powers over Jammu and Kashmir were limited to only foreign affairs, defence, and communications.

Pakistan has since been on a diplomatic offensive over Kashmir, alleging human rights violations in the region.