Pakistan's Mission at UN launched yet another initiative on Occupied Kashmir in the UN Headquarters New York
6 Feb, 2020 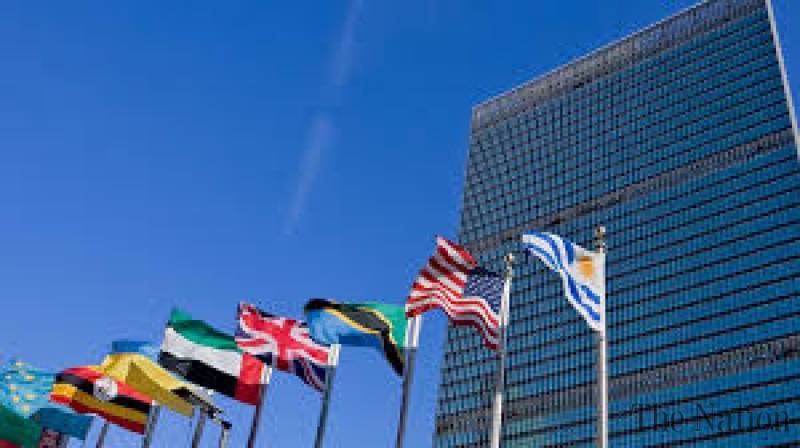 NEW YORK - An exhibition of historical photographs focusing on the role of United Nations Security Council in dealing with the Jammu and Kashmir dispute over the past decades is on display at UN Headquarters in New York, as part of Pakistan’s Mission’s stepped up campaign to highlight the unresolved issue between India and Pakistan.

Displayed near the Vienna Cafe, one of the busiest spots in the sprawling UN building, the Pakistan Mission, which organized the exhibition obtained from the UN archives some impressive pictures showing various stages of consideration of the Jammu and Kashmir dispute in the Security Council.

By showcasing the photos from UN’s official records, the exhibition serves to reinforce the fact that Jammu and Kashmir is one of the oldest disputes on the agenda of the United Nations Security Council. It also emphasizes that the Security Council has a critical role to play in resolving this issue in accordance with its own resolution.

The exhibition has evinced a lot of interest among diplomats and UN officials, especially as Jammu and Kashmir dispute has come to the fore once again in the Security Council, with the world body deliberating it three times since fifth of August last year.

The exhibition will remain on view throughout the week as part of activities arranged by the Pakistan Mission to observe Kashmir Solidarity Day.