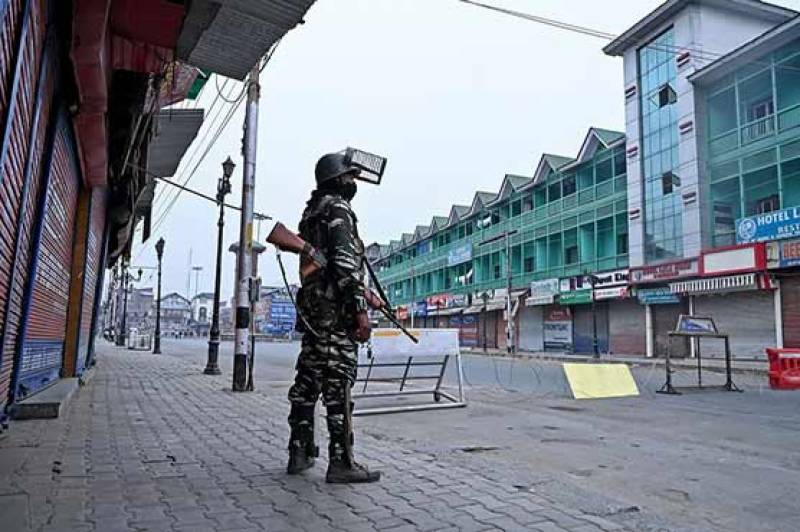 As the curfew and communications blockage in Indian occupied Kashmir (IoK) continues to remain cut off from the rest of the world on the 185th consecutive day on Wednesday, Indian troops in their fresh act of state terrorism martyred two Kashmiri youth in Srinagar.

The troops martyred the youth during a cordon operation in Lawaypora-Shalteng area of Srinagar. Earlier, one Indian soldier was killed and another was injured in an attack in the same area.

Soon after the incident, Indian police and troops cordoned off the area and launched searches. Further details are awaited.

Meanwhile, Indian troops have martyred 65 Kashmiris including 2 women and 4 young boys during the ongoing 6-month long siege and lockdown in the territory.

According to a report released by the Research Section of Kashmir Media Service, on the completion of six months of unprecedented military lockdown, today; of those martyred seven youth were killed in fake encounters or custody. India had revoked the special status of occupied Kashmir on 5th August, last year, and put the territory under military siege.

The report said that the troops molested 42 women after barging into the residential houses in the period. The occupation authorities also did not allow people to offer Juma prayers for 19 consecutive weeks at historical Jamia Masjid in Srinagar after August 5, it said.

The report said that although uneasy calm and uncertainty prevailed in the Kashmir Valley, yet life was badly affected there as restrictions under Section 144 remained enforced. The increasing cordon and search operations have also added to the miseries of the already suffering people of the occupied territory, it added.