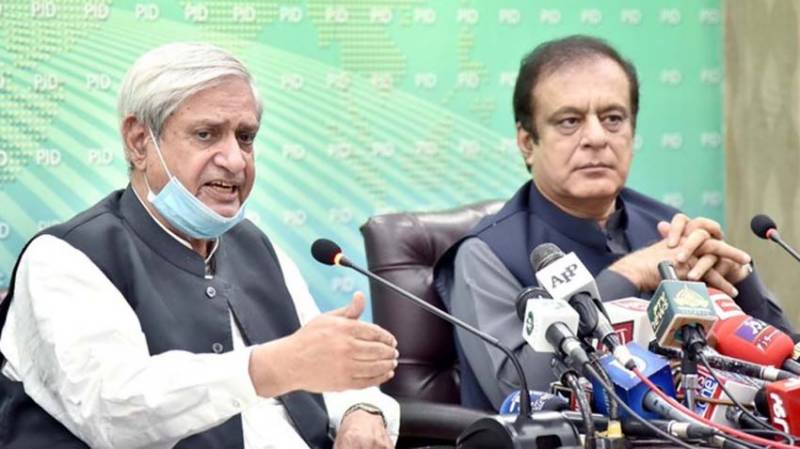 ISLAMABAD-Minister for National Food Security Syed Fakhar Imam has asked the Sindh government to immediately release wheat and provide relief to the people.

Addressing a news conference along with Information Minister Senator Shibli Faraz in Islamabad this evening, he said that the government had written two letters in this regard to the Provincial government of Sindh but it is not releasing the wheat.

He said that Pakistan is the eighth largest producer of wheat in the world.

He said the people of Sindh are facing difficulties due to non-release of wheat from provincial government while 20 kg bag of flour is available at 860 rupees in Punjab province.

Speaking on the occasion, Information Minister Senator Shibli Faraz said strict actions will be taken against profiteers and hoarders across the country.

He said Sindh government is not releasing its share of wheat due to which country is facing shortages of wheat and flour.