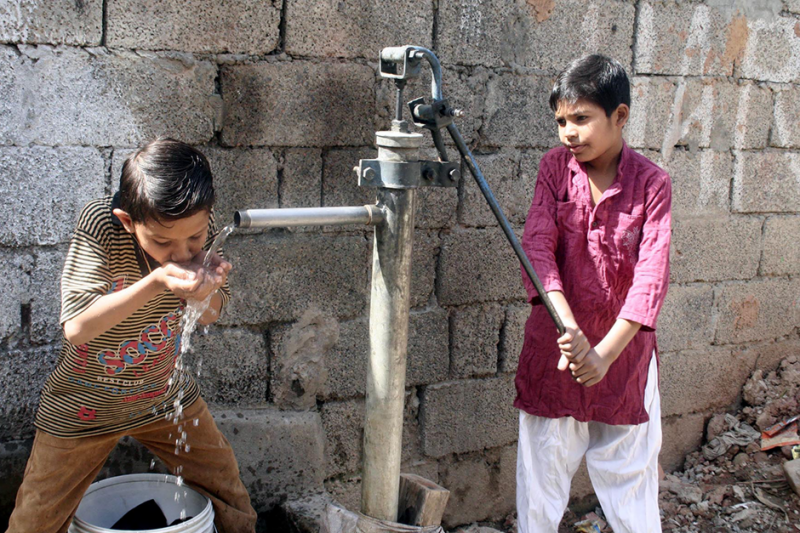 ISLAMABAD - Pakistan is battling a severe problem – a massive water crisis. Reports by United Nations Development Programme (UNDP) as well as the Pakistan Council of Research in Water Resources (PCRWR) has alerted that the country will reach absolute water scarcity by the year 2025.[image: Name of image]

The UN report also highlights that the most immediate threats would be water availability to the masses and Neil Buhne, UN Humanitarian Coordinator, Pakistan said, “No person in Pakistan, whether from the north with its more than 5,000 glaciers, or from the south with its ‘hyper deserts’, will be immune to this.”

To put it in perspective, Pakistan is on its way to become the most water-stressed country in the region, by the year 2040, according to the report.

Despite the warnings, the general population thinks that authorities do not seem to take water insecurity seriously.

Pakistani actor known for voicing his concerns on social media, Hamza Ali Abbasi’s tweet said: “@iamhamzaabbasi: Pakistan is running out of water..... Fast” and added that a dam needs to be built immediately.

Tweeps were overall concerned about the country’s priorities. User @Teepusahab said: “Pakistan is wasting 13 million cusec water into the sea, and will be waterless in a few years but hey we have nuclear bomb to deal with our thirst.”

Another tweet by @RuhidaPTI said: “Kalabagh dam which will increase the water resources of the country is being opposed while Thar coal project, which will consume huge amount of water and will contaminate all water, air and land resources of Pakistan is being advocated by the government.”

Twitter user @Jeebeeee highlighted: “There will be soon no water available… but guess what? All we care about is the ban of #VeereDiWedding.”

Twitter user and journalist @faizanlakhani suggested some reasons for the issue. He said: “According to IMF, Pakistan ranks third amongst countries facing water shortages and a major reason behind this is the excessive use of water without any mechanism to save it.”