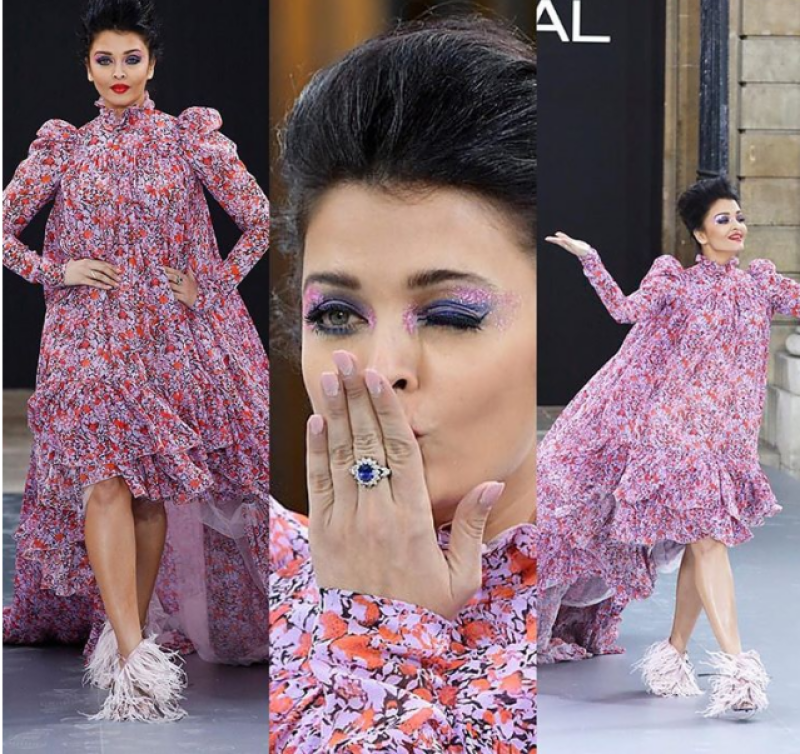 NEW DELHI - Former Miss World Aishwarya Rai Bachan mocked and humiliated at Paris Fashion Week over choice of her attire and the make up.

Actress Aishwarya Rai Bachchan made her Paris Fashion Week debut by walking the ramp as a brand ambassador for L'Oreal.

Indian actress link not win many admirers, least of all Indian designer Wendell Rodricks, who slammed her looks saying her stylist should be sacked for making her wear a Halloween themed get-up.

"L'Oreal, you have one of the prettiest girls in the world and this is how you do her make-up and dress her? Sack the stylist for this sack dress with a note that Halloween link is next month," Rodricks said.

The former Miss World who was crowned in 1994 tried to make a bold statement by donning a striking purple floral attire with a long trail by designer Giambattista Valli. She accentuated her look with dramatic eye make-up in a neon pink eye shadow and a bright red lipstick.

Many twitter users also mocked the actress for her looks and some shared hilarious memes by comparing her furry footwear to chicken’s feet. Others called her a "fashion disaster."