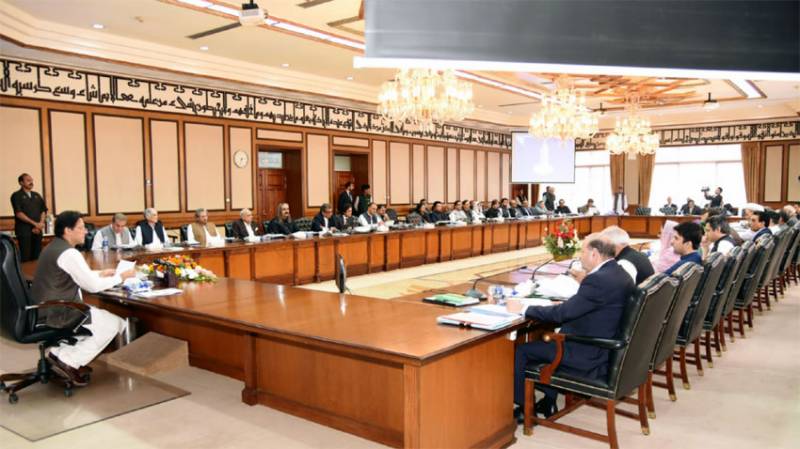 ISLAMABAD - Prime Minister Imran Khan has directed to control the price of flour in order to reduce burden on common man.

This was stated by Special Assistant to Prime Minister on Information and Broadcasting Dr Firdous Ashiq Awan while briefing the media on cabinet decisions in Islamabad today (Tuesday).

She said the Prime Minister issued directives to Ministry of National Food Security and provincial governments to take steps to avoid shortage of wheat and control the price of bread.

The Prime Minister while taking notice of the spread of dengue in the country said efforts should be maximized to control the virus.

The meeting was given a detailed briefing on the spike areas of dengue, relevant data and the steps being taken to overcome it.

The Prime Minister directed the Ministry of National Health to provide all out facilities to provincial governments also in this regard.

The Federal Cabinet also approved first ever e-commerce policy of the country.

Dr Firdous Ashiq Awan said the meeting considered the rising trend of E-shopping, and expanding reach of smart phones in the country.

The Prime Minister directed to plan a roadmap for rules, regulations and basic structure of e-commerce in the country.

Imran Khan also urged the Pakistan Halal Food Authority to hold meetings with various stakeholders and industry representatives to work out in this area.

The Prime Minister was also briefed on the performance of Pakistan Citizen Portal. It was informed that more than 11, 73, 000 citizens have registered with this app and more than a million complaints have been disposed of successfully.

The cabinet also approved exemption of Gwadar Port from taxation.

The Prime Minister apprised the cabinet in detail of his visit to the UN, his meetings with various heads of government and state, and other stakeholders.

He said he had interaction with more than seventy personalities while the Foreign Minister also held more than fifty meetings. The agenda of the meetings was to counter the Indian narrative on situation in Kashmir, expose its black face before the world community and to get the right of self-determination for oppressed Kashmiris according to UN resolutions.

The Prime Minister said many of the world leaders had no idea of the facts on Kashmir situation. His meetings helped them change the perception they had about Kashmir and India.

Imran Khan also informed the cabinet about the combined efforts of Pakistan, Turkey and Malaysia on stopping Islamophobia and their agreement to start a modern English channel to present the true image of Islam to the world.

The channel will also depict dramas, films, culture of the three countries and rich Islamic values and traditions.

The cabinet congratulated Prime Minister at his successful visit to the United Nations and particularly his address at the UN General Assembly in which he highlighted the issue of Kashmir in a very potent way.