NAB responds over allegations levelled by Imran Khan over Farah Khan case
2 May, 2022 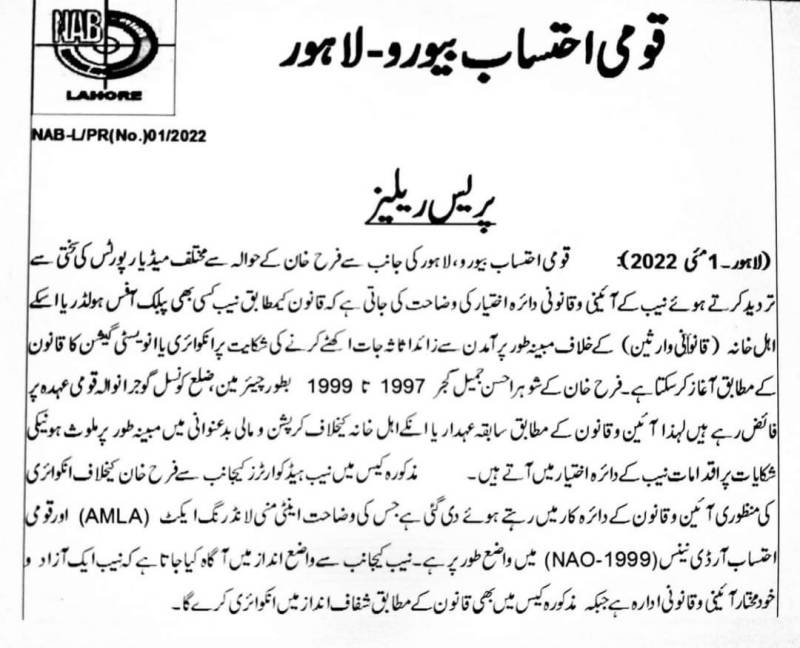 *LAHORE: National Accountability Bureau (NAB) on Sunday said that an assets inquiry can be initiated against the family members of a former public office holder. *

The clarification came after former prime minister Imran Khan link alleged that Farah Khan is not a public office holder and is being subjected to victimization.

NAB spokesperson said that the husband of Farah Khan remained district council chairman from 1997 to 199 and the graft-buster body reserves the right to investigate the former public office holders or their family members.

According to the NAB, a huge turnover amounting to Rs847 million had been found in Farah Khan’s account during the last three years, which did not commensurate with her stated account profile. These credits were received in her personal account and withdrawn immediately after credit within a short time period.

NAB is an independent institution and the investigation launched against Farah Khan is as per the rule of the law and constituion, the spokesperson said.