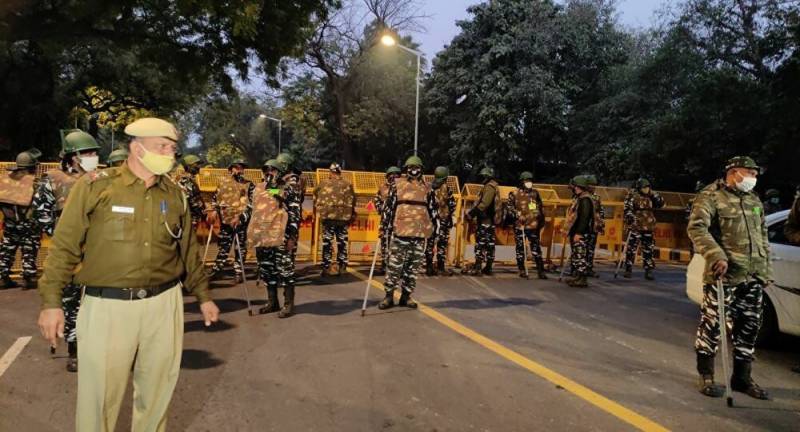 NEW DELHI : Israel’s ambassador to India said Sunday that Iran is a possible suspect in a bomb attack on the Israeli embassy in Delhi last week, which was close enough that it was felt in the mission and could have caused much more damage.

A bombing near the embassy Friday blew out the windows on three nearby cars, but did not cause any casualties. Indian and Israeli authorities are investigating it as a likely attack directed against the embassy.

“We do know so far that it was a terror act aimed at the Israeli embassy in New Delhi, but the investigation is ongoing,” Ron Malka told The Times of Israel.

“The explosion was heard clearly inside the embassy; it was very close, a few meters,” Malka said. “It could have ended differently and caused a lot of damage.” Indian media reports said investigators had found an envelope with a letter addressed to the Israeli ambassador in the street describing the low-intensity explosion as a “trailer” and making references to “Iranian martyrs” Qassem Soleimani and Mohsen Fakhrizadeh. “We can end your life, anytime, anywhere,” the letter read.

“Currently it is impossible to know for certain who the perpetrators were,” Malka added. “Iran is an option. But… we have to wait for an investigation and conclusions.”

Soleimani, considered Iran’s most powerful military commander, was killed in a US drone strike in January 2020. Fakhrizadeh, one of the country’s top nuclear scientists, was killed in November — an assassination for which Iran blamed Israel

In 2012, Prime Minister Benjamin blamed Iran for a bomb attack on an Israeli diplomatic car in Delhi that injured at least three people. Hebrew-language media reported that a group called “Jaish ul-Hind” claimed responsibility for the Friday explosion in a statement posted on the Telegram messaging service. According to a report by the Walla news site, the statement said the attack, which took place on the 20th anniversary of India-Israel ties, was in fact an act of revenge against the Indian government and that further attacks were expected, but with no mention of Israel.

“I have not heard of this organization to date. It is unfamiliar, from what I gather,” Malka said. “The Indians are conducting an investigation of how serious it is.”

He refused to confirm an Israeli report that the Mossad was also involved in the investigation. Malka said the embassy was already on high alert before the attack due to “threats.” He said that while diplomats were being cautious, they had not been cowed into shutting down activities.