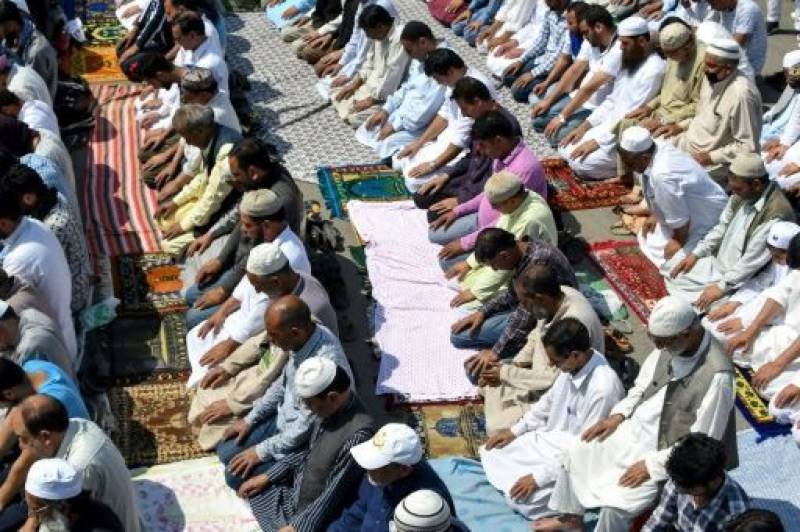 SRINAGAR - Three militants were killed in a gunbattle with security forces in Indian Kashmir on Friday amid widespread protests across the divided Himalayan region, police said.

Police said all the dead from the shootout in Shopian district were militants, but villagers insisted one was a local youth, Jasim Shah.

They said the teenager's body was found in an orchard near the site of the battle.

"Jasim was with the militants for the last three days, so he too was a militant. What else we can call him," Kashmir police official Munir Khan told AFP.

Dozens of rallies involving hundreds of people were held across Kashmir calling for action over the conflict in the region divided between India and Pakistan.

Holding placards and banners, protesters appealed to the world community to resolve the long pending disputes of Kashmir and also Palestine.

Protesters also gathered in the main Kashmir city of Srinagar and chanted anti-US and anti-Israeli slogans.

The protests were in response to calls from local separatist leaders to observe the last Friday of the Muslim holy month of Ramadan as "Palestine and Kashmir Day".

A statement released by separatist groups renewed demands for "self-determination" in Kashmir, where an uprising against the Indian rule over the last three decades has left tens of thousands dead, mainly civilians.

"Oppressive measures cannot deter this nation from pursuing the right to self determination," they said in the statement.

Kashmiri Muslims pray during the last Friday of the holy month of Ramadan at Kashmir's grand mosque in Srinagar. -APP/AFP