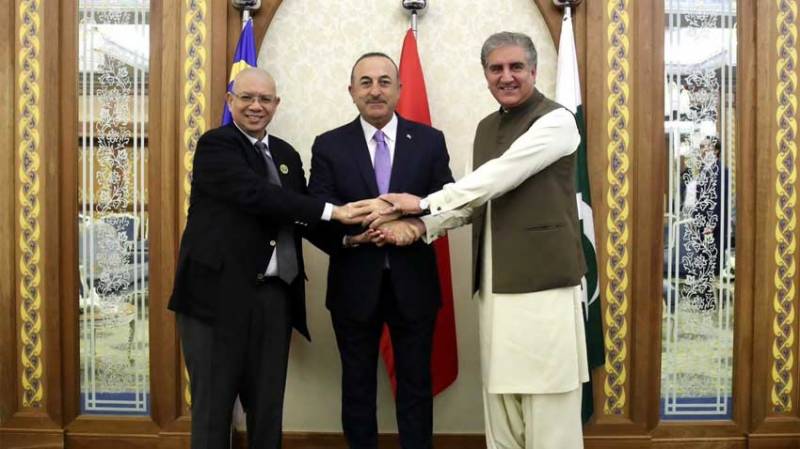 A trilateral meeting of Pakistan, Turkey and Malaysia has reviewed reforms agenda of Organization of Islamic Cooperation and discussed ways to make OIC more effective organization.

The trilateral talks were held on the sidelines of the ongoing meeting of the OIC Council of Foreign Ministers in Jeddah on Thursday.

Speaking on the occasion, Shah Mahmood Qureshi said Pakistan wants OIC to be recognized as a proactive and effective organization that can get its laws enforced.

He said Pakistan is in favor of real reforms in OIC, which should be prepared keeping in view principles and regulations, transparency and merit. In this regard, he said, Pakistan fully supports the OIC Secretary General.

The Foreign Minister said the monitoring system in OIC should be made effective so that no country deviates from the principles and regulations.

He said OIC should emerge as a real representative organization for resolution of the issues being faced by the Muslim Ummah.

The Foreign Ministers of Turkey and Malaysia appreciated the viewpoint of Pakistan. The three sides decided to continue their consultations in this regard.