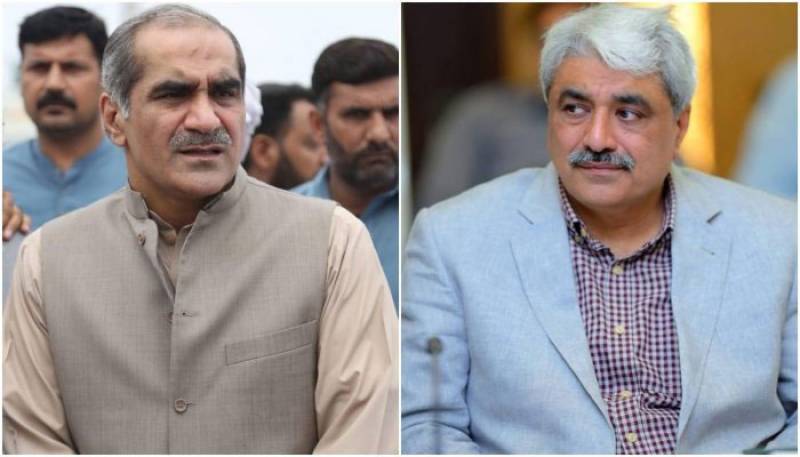 The Khawaja brothers, Nadeem Zia, Umar Zia, and Farhan Ali have been named accused in the reference filed on Friday, comprising 17 volumes.

According to the reference, Khawaja brothers and Nadeem Zia own 93.2 percent shares in the Paragon Housing Society alleging that the former railway minister received monetary benefits to the tune of Rs58 million from the society whereas his brother received Rs39 million.

A total of 122 people recorded their statements against the Khawaja brothers, it added.

A day earlier, an accountability court had ordered the bureau to file the reference against the accused in the Paragon Housing Society scam soon.

During the last hearing, the investigating officer informed the court that the reference against the Khawaja brothers had been approved by the NAB chairman and copies would be presented soon.

Salman Rafique appeared before the judge while Saad Rafique skipped hearing as he was in Islamabad to attend the National Assembly session.

The court extended the judicial remand of the Khawaja brothers till June 13.

Saad Rafique and his brother Salman Rafique were arrested by the NAB on December 11 last year in Paragon Housing Scam. According to NAB, Saad Rafique colluded with his wife, brother, Qaiser Amin Butt and Nadeem Zia to form the said society; Khawaja Bros deny the charge.