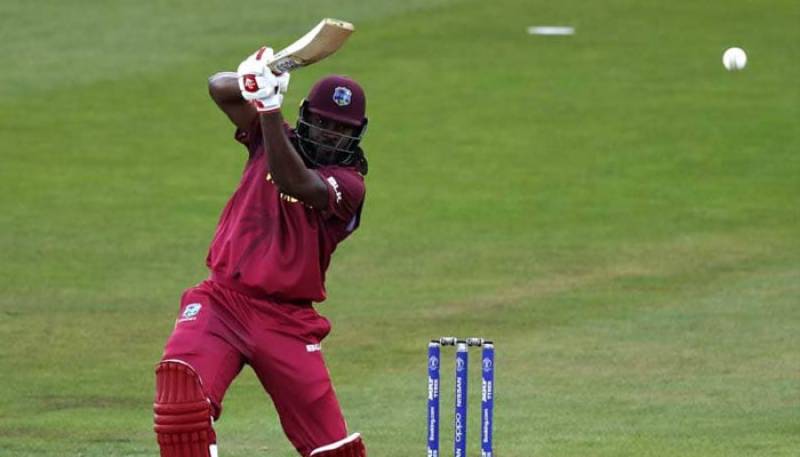 ISLAMABAD - West Indies batsman Chris Gayle after thrashing Pakistan in its opening ICC World Cup match, now has under his banner the record of hitting the most number of sixes in World Cup history.

The 39-year-old dethroned South Africa’s AB de Villiers after scoring 40 sixes in 27 matches of World Cup claiming the record of hitting most sixes in history of the tournament after he thrashed Pakistan’s Hasan Ali for a maximum over long on.

AB de Villiers had previously held the record with 37 sixes in 23 matches while former Australian captain Ricky Ponting was number three on the list with 31 sixes in 46 World Cup matches.