Water crisis in Karachi may lead to riots, says Farooq Sattar
31 May, 2018 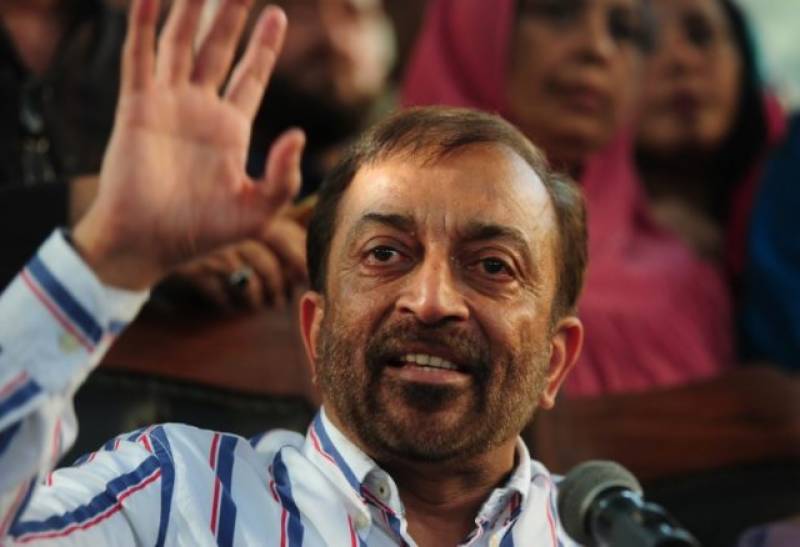 “In the coming days, the biggest problem facing the city will be shortage of water,” he said. According to him, work on the K-IV project is going on at a slow pace. Water shortage coupled with power cuts is part of the routine in Karachi, especially during the summer months.

On the other hand, he congratulated all the workers of MQM-Pakistan for having won the kite symbol.

“No individual won the symbol,” he said. “It was not in my name, neither was it in the name of Amir bhai.” According to him, the victory belongs to the grass-roots cadre and voters of the party. “It’s our collective victory that MQM-Pakistan won the symbol.”

He pointed out that he is still the convener of the party as per the March 29 orders of the Islamabad High Court. “No matter what position I choose for myself – I had agreed to work as a karkun [worker] of MQM-Pakistan – I am still the party leader technically and legally,” he said. “This is the reason the Election Commission corresponds with me. But I don’t want to discuss this dispute at the moment.”

According to Sattar, he decided on May 13 to give up party leadership and become a worker. “The decision of allotting the MQM the kite symbol came on my application that I submitted on May 12,” he said. “But I will not take the credit. In fact, neither Amir bhai nor I should take credit. All the credit goes to our workers, MQM, and our voters.”