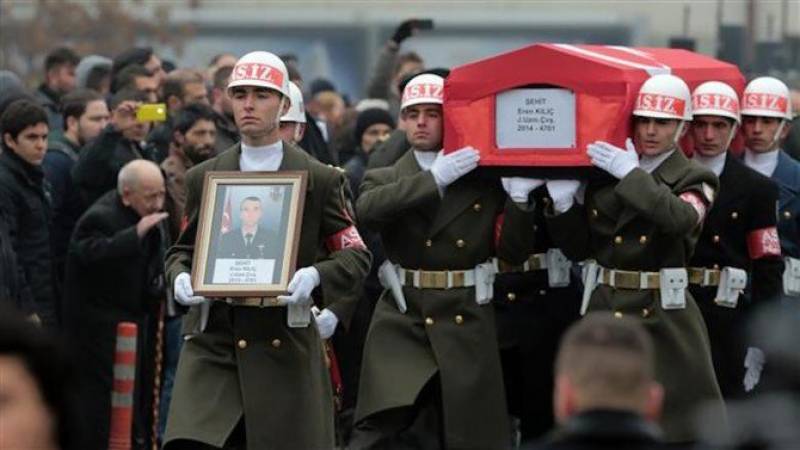 ANKARA: Three Turkish soldiers were killed Thursday in clashes with fighters from the outlawed Kurdistan Workers’ Party (PKK) in northern Iraq, the army said. “Three of our heroic comrades fell as martyrs as a result of clashes with members of the separatist terrorist organization in northern Iraq,” the army said, referring to the PKK which is designated as a terror group by Turkey and its Western allies. Turkish warplanes have often bombed PKK hideouts in the mountainous northern Iraq while the security forces have sporadically launched cross-border incursions in pursuit of rebel fighters. The army statement did not say where the latest clashes took place. On Tuesday, the army said another soldier was killed in an attack blamed on the PKK, and responded with airstrikes against the group. The PKK has been waging an insurgency in the southeast of Turkey since 1984 which has claimed tens of thousands of lives. Fighting in the region intensified between Turkish security forces and the PKK after the collapse of a two-year cease-fire in 2015. The PKK’s leadership and rear bases are located in the remote mountainous Qandil region and other areas of northern Iraq. President Recep Tayyip Erdogan has repeatedly threatened a major cross-border operation to dislodge the group from its strongholds there.