PMLN government leaves behind the highest circular debt in the history of Pakistan: Report
31 May, 2018 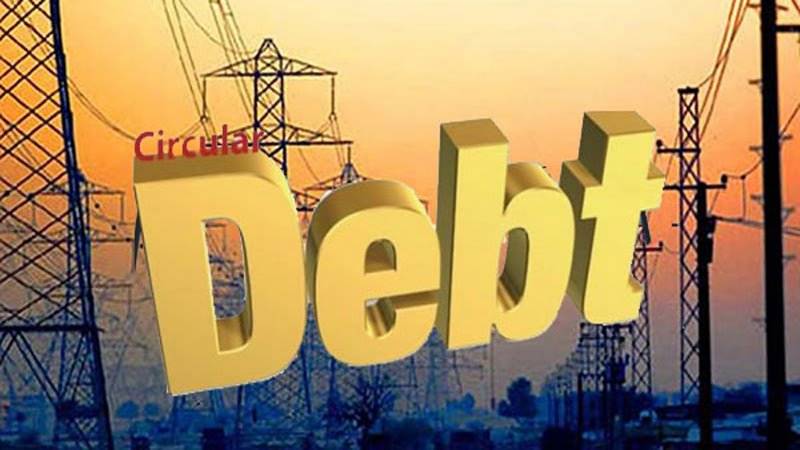 Briefing the Senate special committee on circular debt, chaired by Shibli Faraz, the joint secretary of Power Division said out of the circular debt of Rs573 billion, running defaulters, who were very influential, had to pay Rs348 billion. He said the cost of electricity generation was Rs8.52 per unit from March to July 2018 whereas consumers paid Rs11.9 per unit.

Committee Convener Shibli Faraz pointed out that electricity supply to poor people, who were paying their bills regularly, was disconnected in case of missing a single payment. However, the influential people, who were longstanding defaulters, were provided electricity without interruption.

Avoiding payment of electricity bills and dodging punishment through their influence and connection was financial terrorism, Faraz remarked. He asked the government to adopt strategies to fight such issues and include them in the Anti-terrorism Act. The joint secretary revealed that the government was providing a subsidy of Rs52.2 billion to Azad Jammu and Kashmir, Rs14.2 billion to the Federally Administered Tribal Areas (Fata) and Rs31.4 billion to the industrial sector. Apart from these, 650 megawatts of electricity is being provided to K-Electric.

Regarding load-shedding, the managing director of Pakistan Electric Power Company (Pepco) said there were a total of 8,631 feeder systems, which had been divided into various categories. In the first category, there are 5,367 feeders where losses stand at less than 10%. However, in the last category, the losses are estimated at more than 80%.

He said PSO was receiving only 9% payment for oil supply, adding even now the Power Division had demanded 19,000 tons of furnace oil and if the company refused to provide the fuel, 9,000 megawatts of oil-based electricity would vanish from the system.

The committee asked the PSO MD to provide details of the circular debt and proposals for resolving the problem.

Talking about load-shedding, the CEO of Sukkur Electric Power Company (Sepco) said out of total 487 feeders in the Sepco region, 51 had less than 10% losses while 299 had more than 80% losses.

Owing to lack of application of law, the circular debt was increasing and the provincial government was not cooperating in controlling theft, he said, adding 11,800 applications had been filed against electricity theft, but only 79 FIRs were registered. “It is hard to work against power thieves due to political interference.”

The CEO of Hyderabad Electricity Supply Company (Hesco) said out of a total of 409 feeders in the Hesco region, currently 118 feeders were free from load-shedding. The remaining areas are facing six to eight hours of outages.

Peshawar Electric Supply Company (Pesco) chief said the company had three million consumers with capacity to consume 5,000MW, but due to a weak transmission and distribution system, the company could take only 2,100MW.

In the absence of a proper system, the Tribal Areas Electricity Supply Company (Tesco) is also getting power from Pesco. There are 906 feeder systems in the Pesco region, of which 17 to 18 are being shared with Tesco. A loss of 50% or above is being faced by 205 feeders.